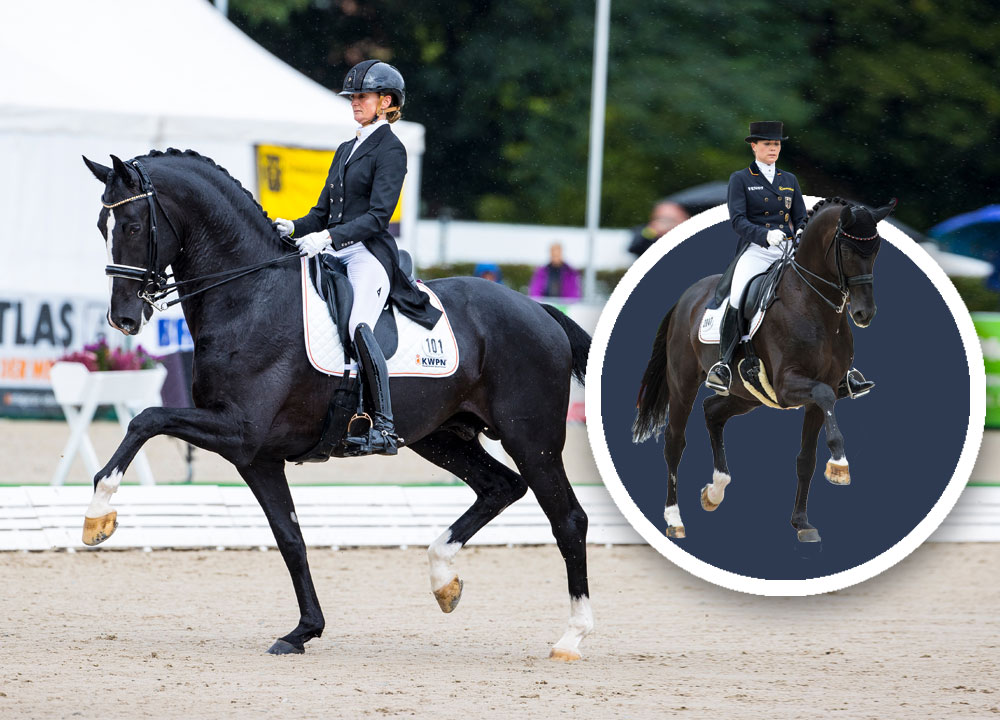 SIRE
Jameson RS2 never disappoints. His fantastic movements show he’s got all it takes to reach the highest level. And maybe even more important, he passes these movements on to his offspring. The Blue Hors Zack-son won the final of the Stallion Competition twice, placed third in the Pavo Cup and scored 88,4% and an eighth place at the WC Young Dressage Horses. His dam Atilinda M demonstrated her quality in the Big Tour and is a daughter of Negro.

DAM
What makes the mare Danzmusik so special? This Dancier-daughter not only shares her dam with success horse Desperados FRH (s.De Niro), but the champion stallion Dancier is also a son of De Niro, making Danzmusik a three-quarter sister of Desperados FRH. Ridden by Kristina Bröring-Sprehe, the stallion obtained team gold and individual silver at the Olympic Games of Rio de Janeiro, after securing the silver team medal at the Games of London. He won two European team medals, a silver European individual medal, team gold at the WC and a bronze individual WC medal. He produced over 30 approved sons and is leaving his mark as a sire more and more. Danzmusik’s half-sister produced the at Oldenburg and Westfalen approved stallion Franscino (s.Furst Wilhelm). This stallion procured several top placements in young horse competitions, scoring 9s for his trot. The staatsprämien mares Wie Musik (s.Wolkenstein II), the dam of Desperados FRH and Maskottchen (s.Matcho X) complete the pedigree of this quality embryo.