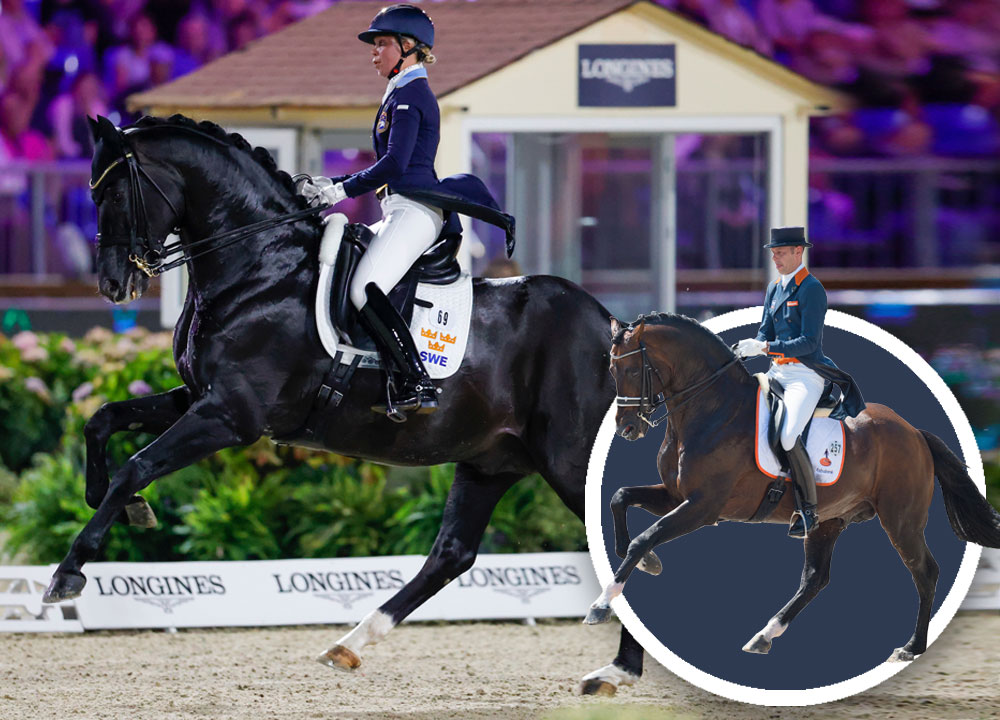 Out of the half-sister of Olympic GLOCK's Johnson

SIRE
His career consisted of a string of highlights, his pedigree is exquisite, and he was up against the very best, we are obviously talking about Dante Weltino. Dante Weltino was vice-champion of the Oldenburg stallion show, qualified for the Bundeschampionat as a young horse twice and then stormed to the world top in the Grand Prix with Therese Nilshagen. The pair formed one of the pillars of the strong Swedish team. At the 2017 EC in their home country this resulted in team bronze. Two years later, the combination repeated the feat by winning a bronze team medal at the EC of Rotterdam, at the Olympic Games of Tokyo there was a tenth individual place. Sire Danone I performed at Grand Prix-level and is as a direct son of the legendary De Niro one of the most remarkable stallions out of the ironclad German D-line. Dante Weltino’s dam is furthermore a full sister of Riwera de Hus. This mare participated in the 2012 Olympic Games of London.

DAM
Bonne Amie Ter Kwincke (s.UB40) is the half-sister of the Olympic GLOCK’s Johnson TN (s.Jazz). For years, he partnered with Hans Peter Minderhoud and together they participated in every major championship. They obtained a golden team medal and individual bronze at the EC of Aachen and participated in the Olympic Games of Rio de Janeiro. His half-sister earned the elite predicate and is a daughter of UB40, whose most famous offspring is Apache. Her dam Roxane (s.Flemmingh) performed at Z2-level and produced besides Johnson a number of successful offspring, among them Inter II-horse Davidoff ter Kwincke (s.Jazz) and the Small Tour-horses Icon Begijnhoeve (s.Apache) and Divo (s.Washington). Bonnie Amie Ter Kwincke proves that an apple never falls far from the tree. She already produced the Small Tour-horse Grayton Beach (s.Negro) and the KWPN-approved and ZZ-Licht horse Just For You.

"Foundation stallion in the making combined with Olympic dressage genes"