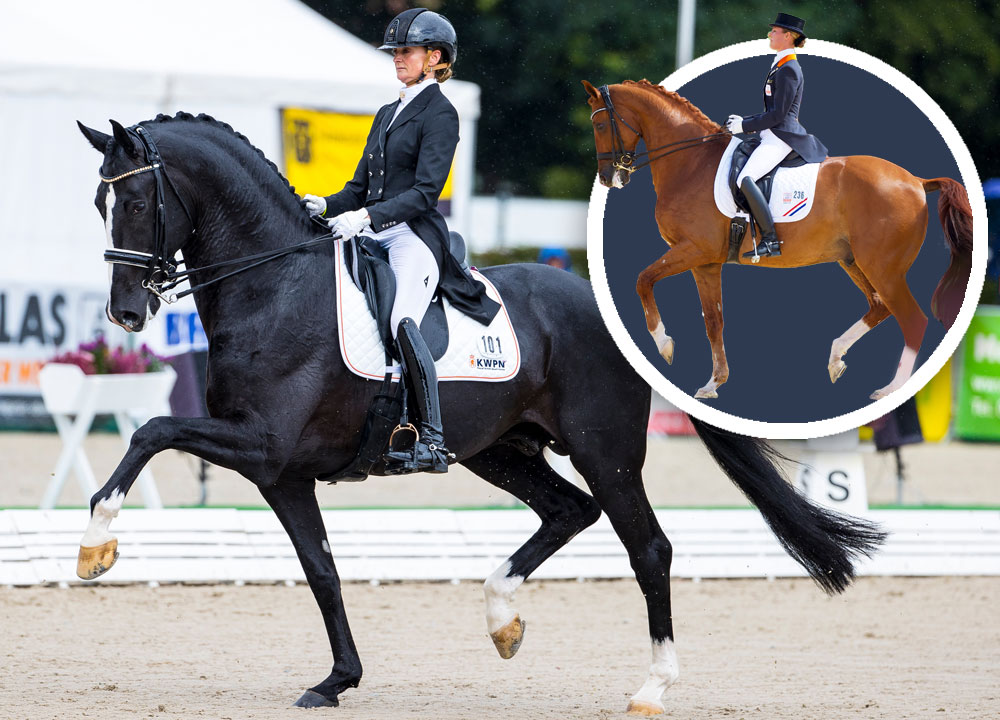 Granddam is full-sister to Olympic Parzival

SIRE
Jameson RS2 ticks all the boxes to go far in both sport and breeding! His fantastic movement mechanism wows the crowd at every performance and perhaps even more important: he passes on his movements to his offspring! He won the final of the stallion competition twice, placed third in the Pavo Cup and placed eight at the WC Young Dressage Horses with a score of 88,4%. His sire is the Grand Prix stallion ánd Grand Prix producer Blue Hors Zack and his dam is the Big Tour-mare Atilinda M (s.Negro).

DAM
This damline has it all. The combination Jazz x Ulft has resulted in many top horses and proved to hit the mark in granddam Toulouse. Toulouse is the full sister of Adelinde Cornelissen’s Parzival. They were part of the Dutch team for years, winning the individual silver and team bronze at the Olympic Games of London. Dam Kerlouan-STRH is a daughter of the Grand Prix stallion Bordeaux. This elite mare passed her IBOP as a three-year-old with flying colours. Fleau de Baian is another full brother of Toulouse, he is currently successful in the Grand Prix with Adelinde Cornelissen. This damline produced many more Grand Prix horses, such as: the approved and Grand Prix stallion Governor, TC Athene, former top horse of Jeanine Nieuwenhuis, Grenoble and Paso Doble.

Out of the direct damline of Parzival, Fleau de Baian and Governor