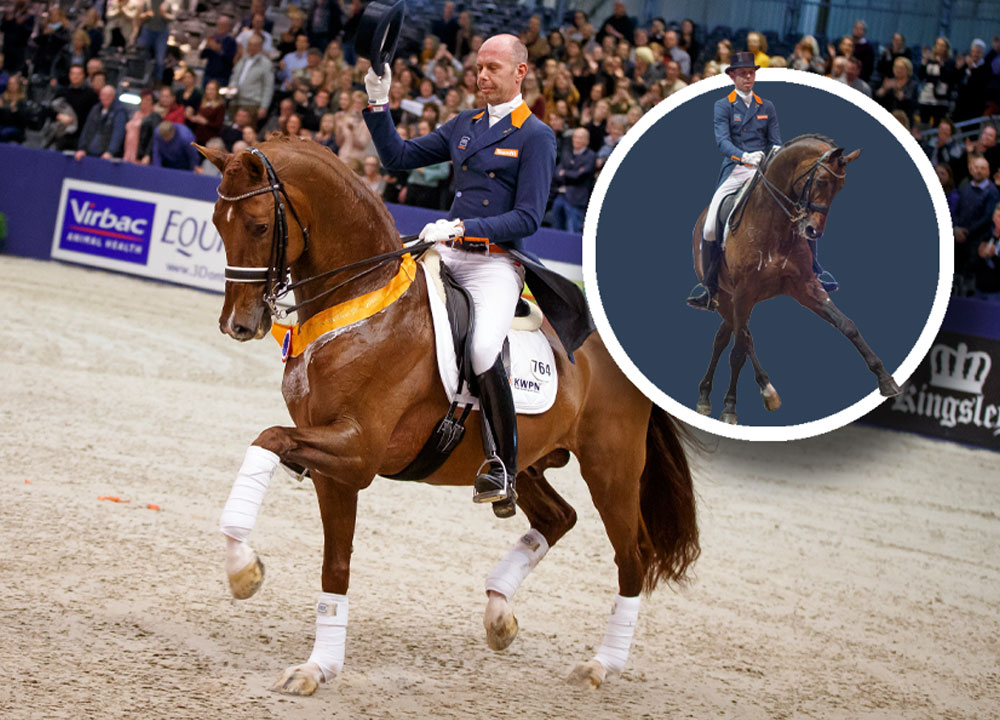 Out of the full sister of Rubin Royal and GLOCK's Romanov

SIRE
The immensely popular preferent Vivaldi no longer needs an introduction. His impressive feat already started at a young age at the KWPN Stallion Show, the performance test, the Pavo Cup and the stallion competition. Ridden by Hans Peter Minderhoud he was successful up to Small Tour-level. Now, his offspring prosper are living up to the expectations. His son GLOCK’s Dream Boy turns Vivaldi into an Olympic sire, moreover he produced dozens of Grand Prix-horses and many approved sons. One of the most famous names is Vitalis, that in turn sires world champion Victoria’s Secret. In Vivaldi, the best of Dutch breeding comes together.

DAM
Dam Rumira is a daughter of Grand Prix-stallion Rohdiamant and the full sister of Rubin Royal. This stallion is approved at multiple studbooks, Grand Prix ranked and one of the last stallions that keeps the R-line of Rubinstein alive. In combination with Don Primero, Rumira produced the Inter II-level Don Amour de Hus. The AES-approved stallion Denim de Hus (s.Don Juan de Hus) is also a son of this staatsprämien mare. Via Grundstein II the pedigree continues with the mare Rumirell. In addition to Rubin Royal, this mare produced his full brothers Romanov and Rubin Action, both were also approved and active in the Grand Prix. As well as the full brothers and approved stallions Rumicello and Blue Hors Rockefeller.

Breeder: B. Sterckx, Roeselare (BE)

Long lasting performance at the highest level combined with a strong legacy is what this expected foal has to offer!