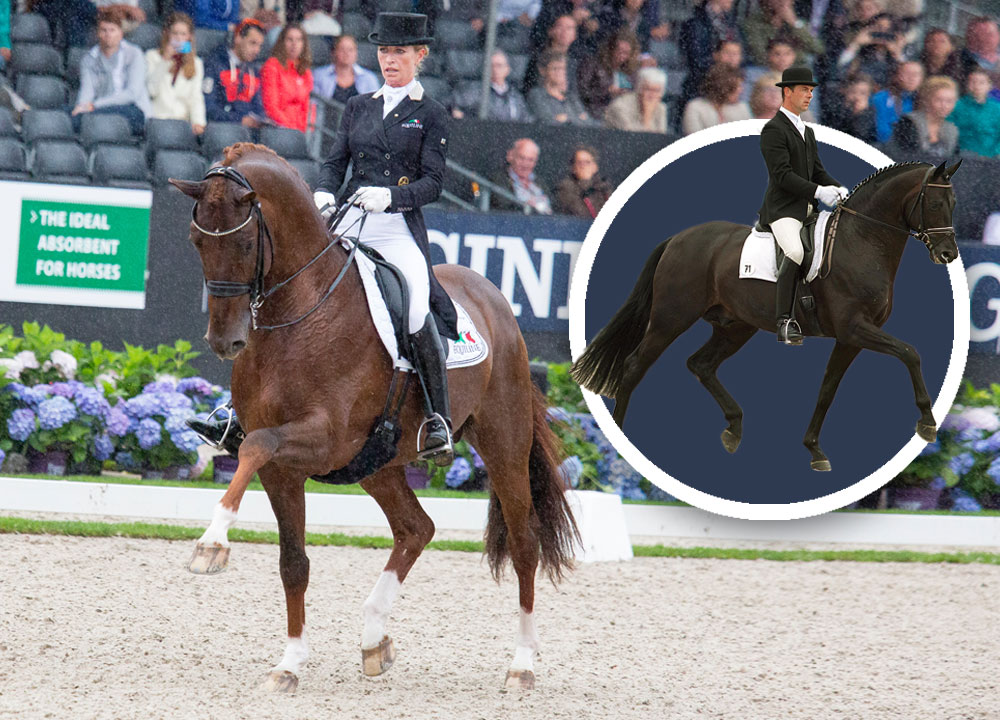 SIRE
Vitalis makes the headlines! His offspring win at every level and often reveal as auction top sellers. Vitalis’ oldest offspring are active at Grand Prix-level, such as top talent Vamos Amigos of Cathrine Dufour. Vitalis had a strong hand at last year’s WC for Young Dressage Horses, being represented by Valverde. Previously, Vitalis sired 2016 World Champion Victoria’s Secret. Vitalis does not forsake his origins as son of dressage horse producer Vivaldi.

DAM
The pedigree of this Vitalis-embryo continues with the blood of Totilas, Sandro Song and Ramino, music to the ears of dressage enthusiasts. Worldwide phenomenon Totilas needs little explanation. He was of immense value to dressage sport, and he passes his outstanding qualities on to his offspring. By now, dressage breeding is inconceivable without the pitch-black stallion and his legacy keeps on expanding. And this damline does stop there. Totilas-daughter Luna S is no one else than daughter of the full sister of Sandro Hit. Leader of the rankings Sandro Hit is of great influence on modern-day dressage breeding. At the Olympic Games of Tokyo, he was the best represented dressage stallion with an astounding number of five direct offspring. Among them medalists Showtime and Salvio. Besides being the full sister of Sandro Hit, granddam La Traviata is also the half-sister of approved Grand Prix-stallion Diamond Hit and the approved stallion Royal Hit.

Breeder: B. Sterckx, Roeselare (BE)

Dressage at its best with the blood of Vitalis, Totilas and the full-sister of Sandro Hit combined!