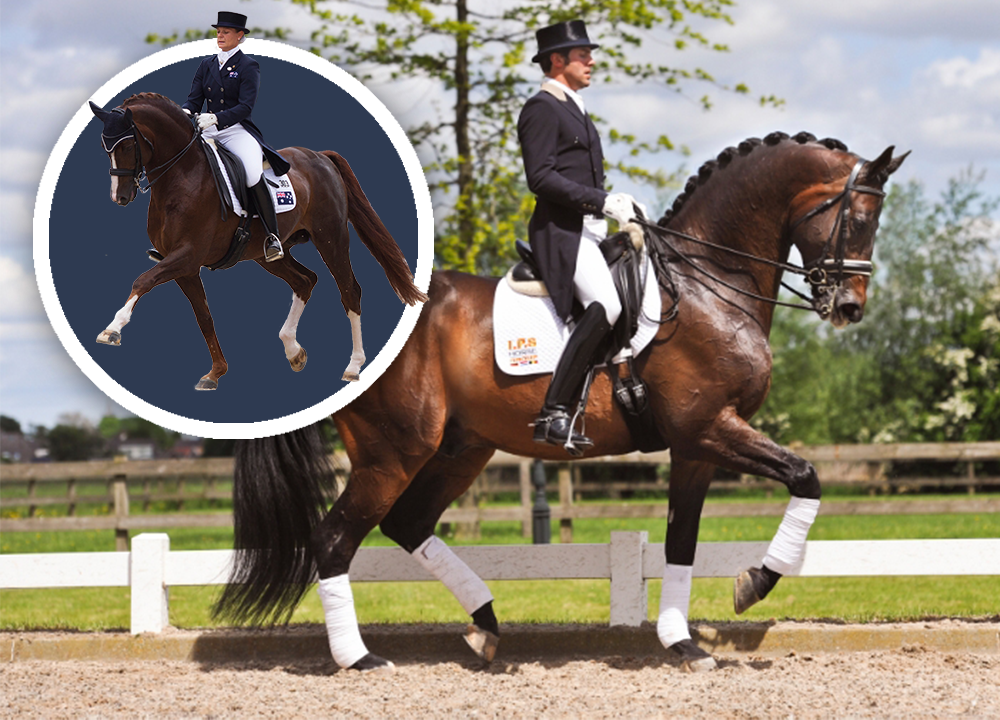 SIRE
2021 was the year of Easy Game! The Trakhener stallion was honoured as Stallion of the Year, a title awarded primarily on the merit of the achievements of his daughter TSF Dalera and son Hermès. TSF Dalera BB won every gold medal up for grabs this year, both Olympic team and individual gold and three gold medals at the European Championships in Hagen. Easy Game-son Hermès and Dinja van Liere’s rise to the world top was a hot topic. In Aachen the duo secured the win in the Grand Prix and a second place in the freestyle to music (86,74%). Out of relatively small crops, Easy Game produced the stallion Millennium that sires remarkable young stallions at the German stallion shows. Easy Game passes on allure, expression, and extraordinary talent for the collected work.

DAM
The young mare Felissima (s.For Emotion 6) is closely related to the expressive Grand Prix-stallion Bellissimo M. This Beltain-son is the full brother of the staatsprämien mare Belissima, the granddam of Felissima. Belissimo M already left an impression as a young horse at various (inter)national championships. Ridden by Hayley Beresford, he completely lived up to the expectations. One of his most famous offspring is the two-time world champion, European champion and Olympic team gold and individual silver medalist Bella Rose of Isabell Werth. No less than four of his offspring became Bundeschampion and in 2018 Belissimo M was elected Stallion of the Year. His full brother Bonito competed in the Inter II-classes and his half-sisters Baccarole and Boutique, both sired by Boss, are active in the Small Tour. The pedigree is completed with the blood of Foundation-son For Emotion, followed by the Inter I-stallion Savoy, a son of Sir Donnerhall I.