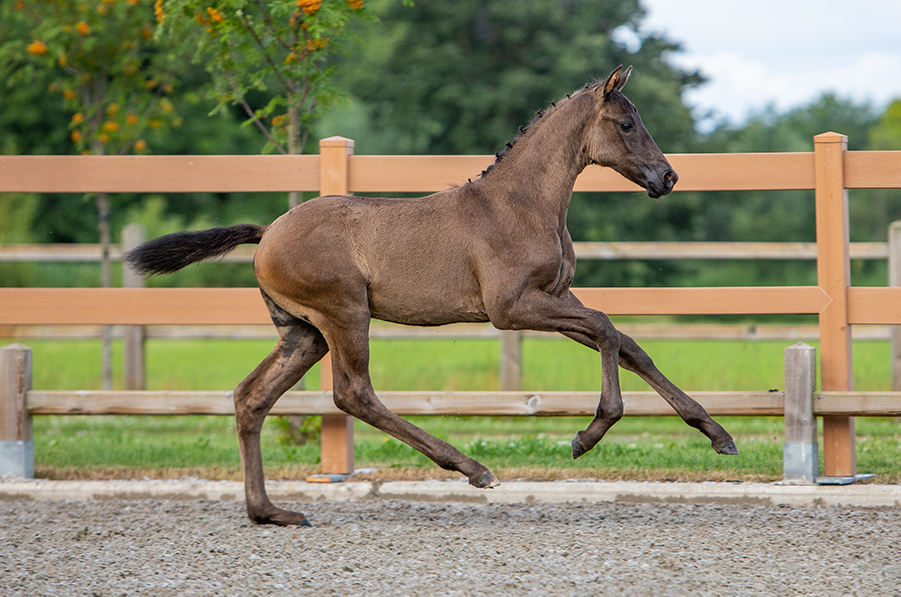 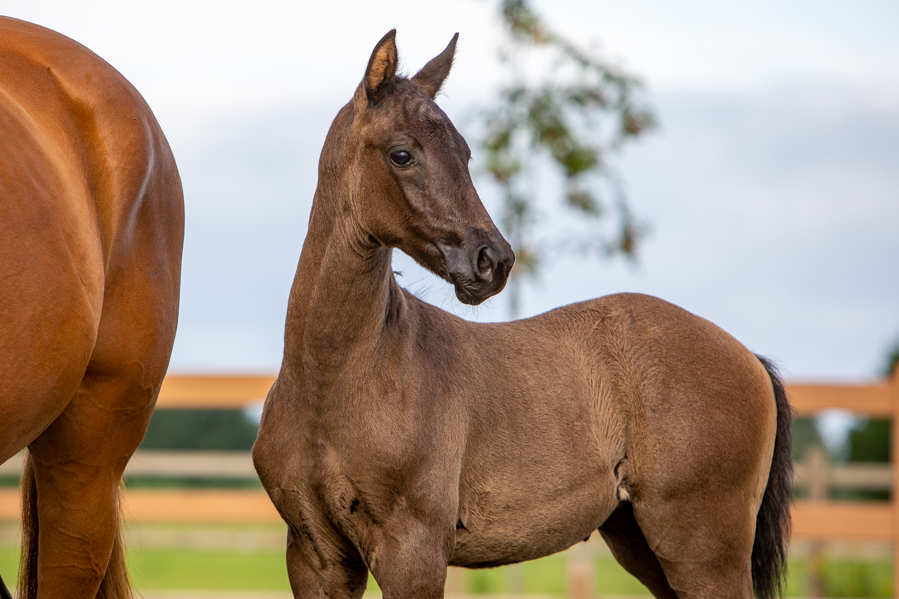 SIRE
Glamourdale, champion of the KWPN Stallion Show, world champion at seven years old and KWPN Horse of the Year 2020. By now, he lived up to all the expectations and flourishes at the highest level in the Grand Prix. Obtaining irrefutable scores, the 80% was passed multiple times. And not only his own performances are impressive, but his pedigree also leaves nothing to wish for. Champion maker Lord Leatherdale is his sire, and he was brought into this world by the preferent Negro-daughter Thuja. She is also a full sister of the international Grand Prix horse Numberto. The offspring of Glamourdale are following in his footsteps. They stand out in the sport, at auctions and he already produced an approved son. Despite already realizing all the high hopes, it seems Glamourdale’s rise to the top has not yet come to an end.

DAM
Dam Daylight de Hus is the full sister of the WC-horse Dorian Grey de Hus that placed fifth in the final for five-year-olds under Jessica Michel Botton and is now on his way to the Grand Prix. The sire of these two horses is Don Juan de Hus that placed sixth himself at the WCYH as a five-year-old and sired the 2017 world champion Don Martillo. Daylight de Hus’ dam, Sandro Hit-daughter Poetin Z CL 1, is the full sister of the at multiple studbooks approved stallion and Grand Prix horse Samba Hit I, as well as the approved stallions Samba Hit II through Samba Hit V, all ranked high in the (inter)national dressage sport. In addition, she is the clone of Poetin, that became world champion at six years of age. The Small Tour-horse Prinzessin (s.Lord Sinclair I) is a half-sister of Poetin Z CL 1. Besides the various staatsprämien mares out of this damline, granddam Poesi (s.Brentano II) is the half-sister of multiple Small Tour-horses.

Foal is a result of ET, the mare on the picture and video isn't the biological dam.