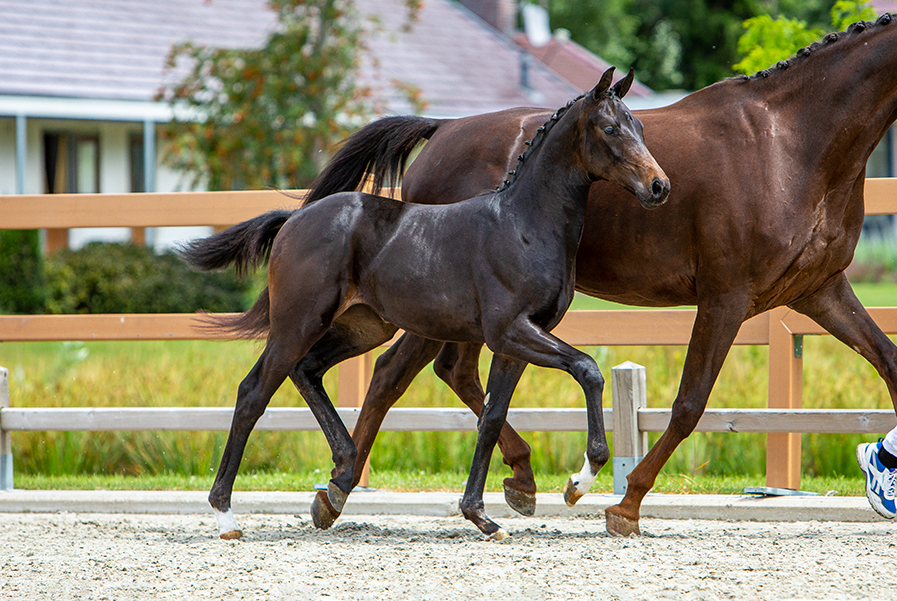 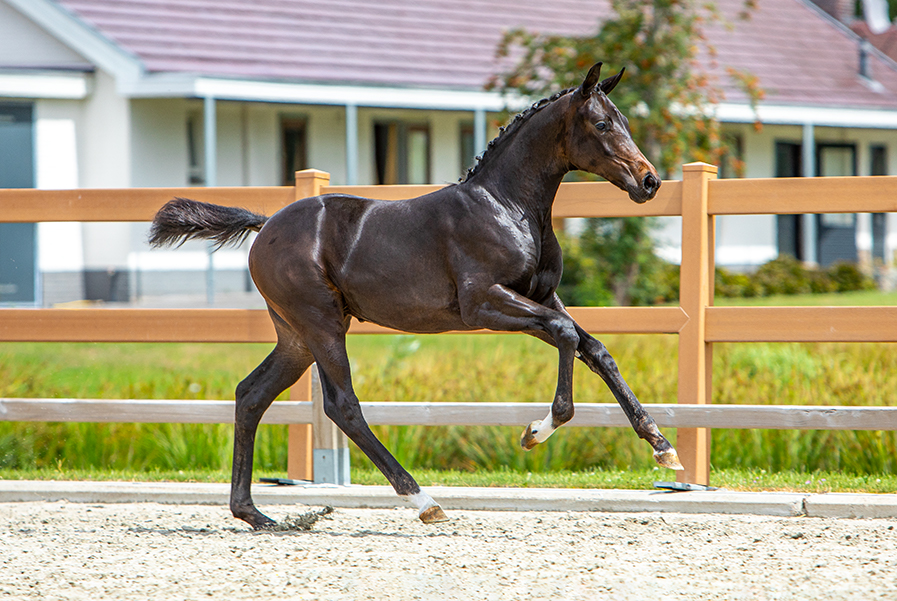 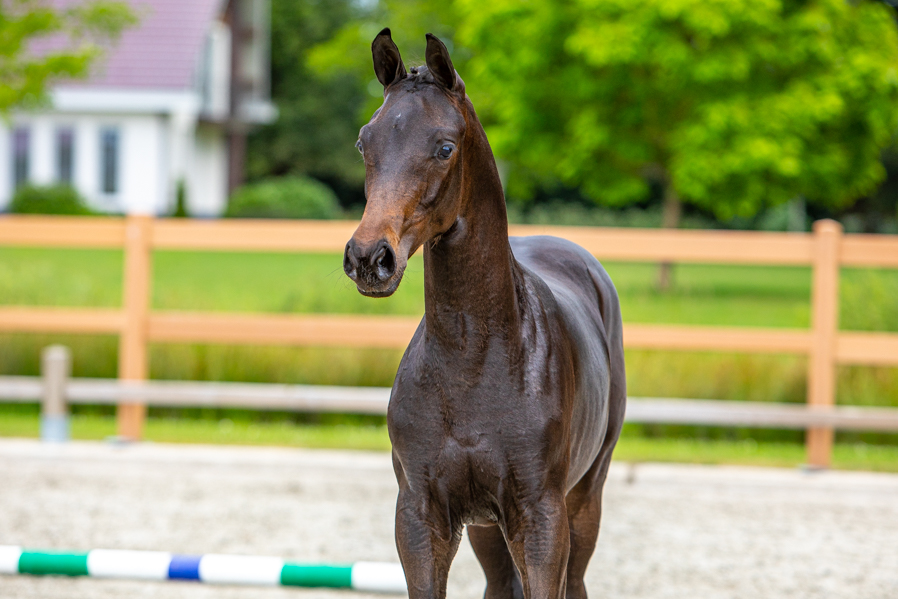 For Romance I X Totilas

Daughter of the famous O.Esther combined with proven For Romance I

SIRE
He has proven his skills in the Grand Prix, was the 2011 Siegerhengst of Vechta and now earns his spurs in breeding. We are obviously talking about For Romance. Even before his tenth birthday, the records already showed more than 30 approved sons and over 80 premium mares. Furthermore, we see many of his offspring triumph at the competitions and he continuously produces auction top sellers. Sires such as Fürst Romancier, Sir Donnerhall I and Don Shufro ensure his pedigree leaves nothing to be desired and this beautiful stallion clearly puts his stamp on his offspring.

DAM
This damline exudes sport. Glamour-Esther SVN represents the finest of dressage breeding. Being a daughter of the legend Totilas and Grand Prix producer O.Esther, she ticks all the boxes from a genetic vantage point. The elite prestatie preferent mare O.Esther is a daughter of Jazz. Paired to Contango and Voice, she foaled three Grand Prix horses: Asther de Jeu, Olympic horse Brother de Jeu and Esther SVN. The Small Tour horses W.Esther de Jeu (s.Rousseau), Zafriq de Jeu (s.Rousseau) and J. Esther II SVN (s.Negro) were also bred out of the famous O.Esther. And it does not stop there; via Ulft we end up at the Amor-daughter Esther who is the dam of Grand Prix horses Sisther de Jeu and Thriller, both offspring of Gribaldi, as well as the Inter I horses Brother de Jeu (s.Gribaldi) and Perry (s.Jazz). Gribaldi also surfaces in So Esther SVN van ‘t Studutch as the sire of Totilas, as it all comes to full circle.

A mouthwatering pedigree with For Romance I, Totilas, Jazz and closely related to Olympic horse Brother de Jeu.