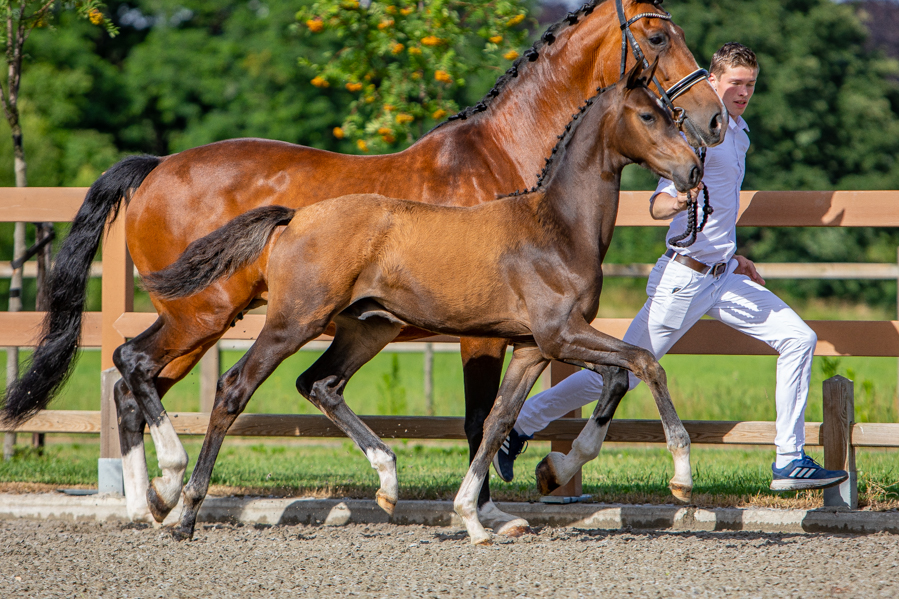 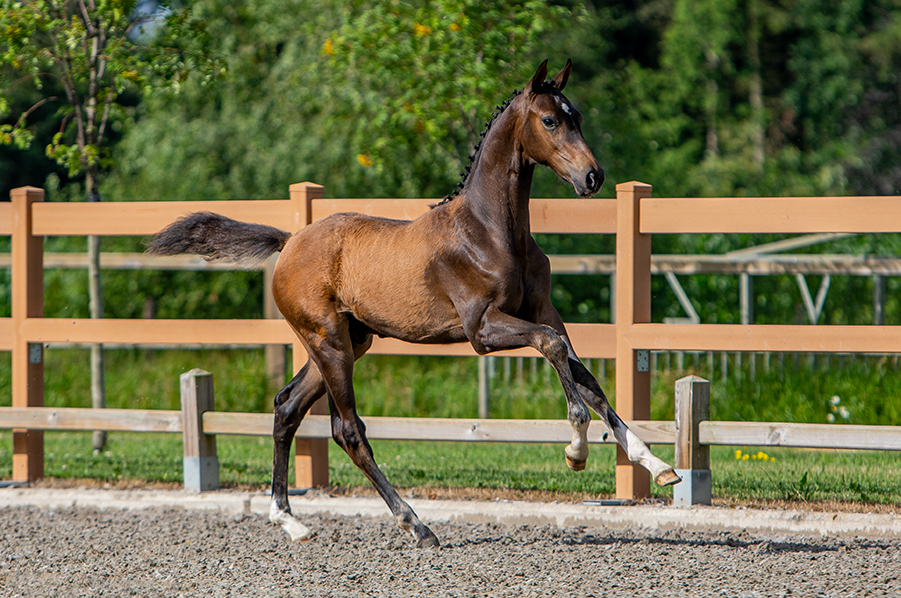 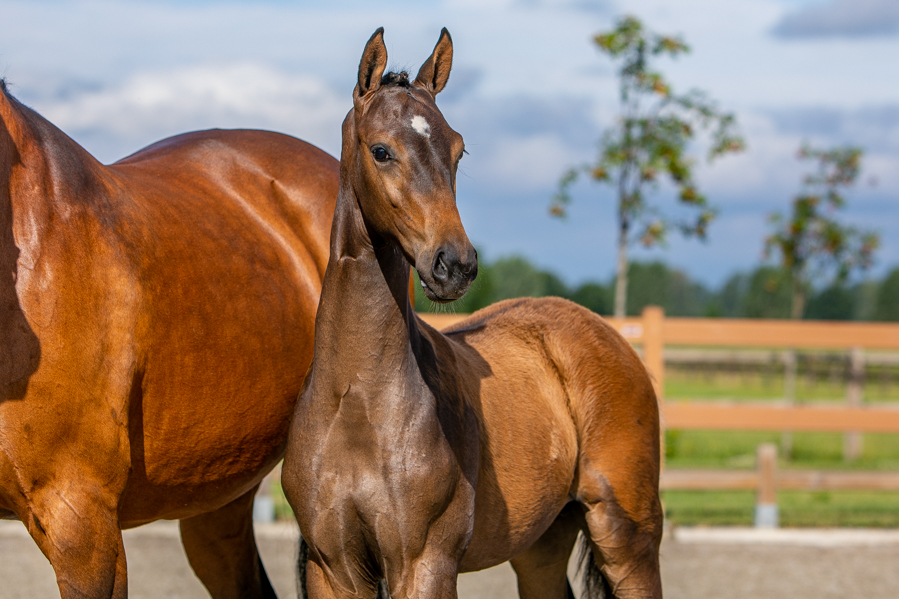 SIRE
The appealing In Style stands out with his incredible rideability. Together with Renate van Uytert-Van Vliet he shines in the Small Tour and he qualified for Jumping Amsterdam. Both at five and six years of age, he qualified for the final of the World Dressage Breeding Championships for Young Horses, was successful at the stallion competition and scored 84,5 points for his performance test. His sire is the Vivaldi-son Eyecatcher, he won the bronze medal at the WC for Young Horses as both a five- and six-year-old. In Style comes out of his first crop and is thereby his first approved son. In Style’s still young offspring seem promising.

DAM
Via granddam Hamora this solid damline is founded on the two-times UTV-champion Dolly, which makes Starlight D a close relative of the Olympic dressage horse Just Mickey (s.Michelangelo) of Tinne Vilhelmson, the Grand Prix horse Meggle’s Boston (s.Johnson) and many others. The elite mare Bamora is the dam of this foal, and she proved her abilities in Z2-level dressage. She carries the precious genes of United, this stallion pops up on both paternal and maternal side of various top dressage horses. Moreover, Bamora is the half-sister of the ZZ-Zwaar horse O-Marie (s.Jetset-D) and multiple Z1/Z2 dressage horses.