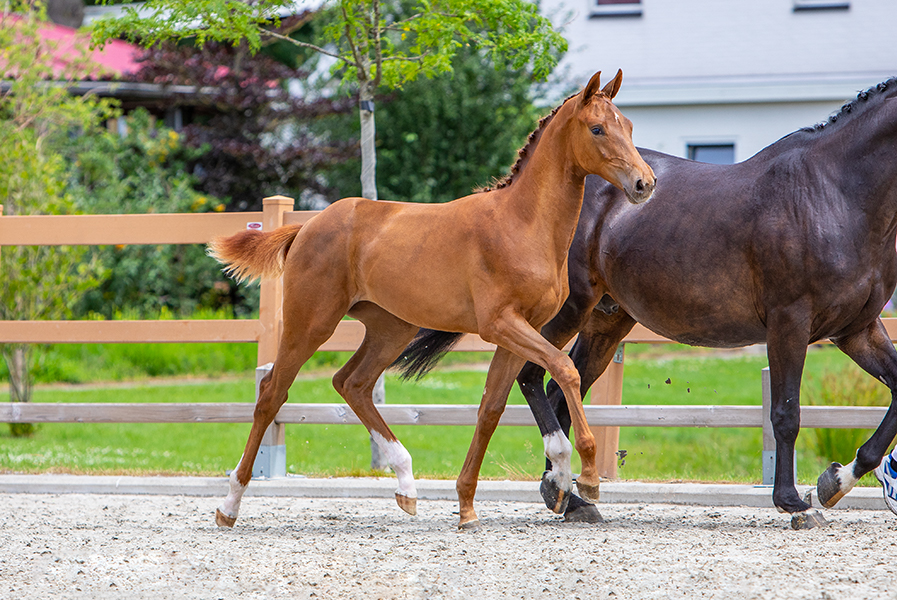 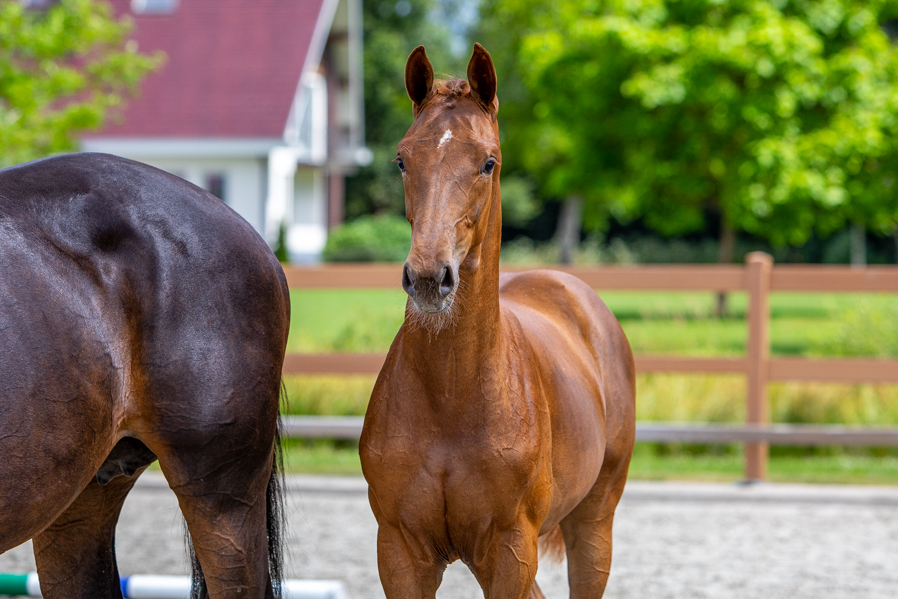 Genes of World Champions are brought together

SIRE
In Mowgli V.O.D. talent and breeding come together. He was one of the six premium stallions of the 2020 KWPN Stallion Show. Under the saddle he successfully completed the performance test and placed second (92 points) in the Stallion Competition L-class. Last summer, his full sister was declared winner of the National Mare Championships during the KWPN Championships. The son of the EC team silver medalist Desperado N.O.P. is bred out of an established damline as dam Zoriana is regarded as one of the best broodmares of the Netherlands. She previously brought the KWPN-approved Kjento, world champion of the 6-year-olds and in Mowgli she successively produced her second approved son.

DAM
Headlining two World Champions in a row, this damline possess quality dressage genes! Dam Faphira is a daughter of the former World Champion Westpoint. Later, the KWPN-approved keur stallion flourished in the Grand Prix with Kirsten Beckers. Her elite daughter Laphira (s.Briar) scored a whopping 86 points for her IBOP as a three-year-old, obtaining 9s for her walk, rideability and talent as a dressage horse. Granddam Zaphira showed her capacities in the Prix St. Georges and produced two Z-level dressage horses. World Champion Sandro Hit signs off as the sire, the number 1 stallion of the WBFSH-ranking. During the Olympic Games of Tokyo, he was represented by no less than 8 direct offspring, including the team gold winner Showtime FRH and team silver medalist Salvino. Prix St. Georges horse Cleopatra is the result of a pairing of Dayano to greatgranddam Tooske (s.Lancelot), who performed at Z2-level herself.