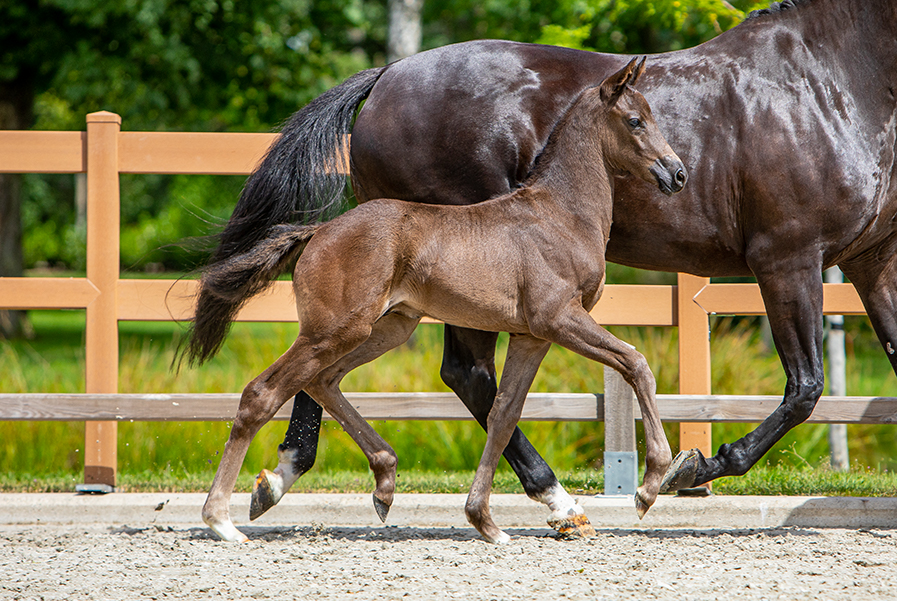 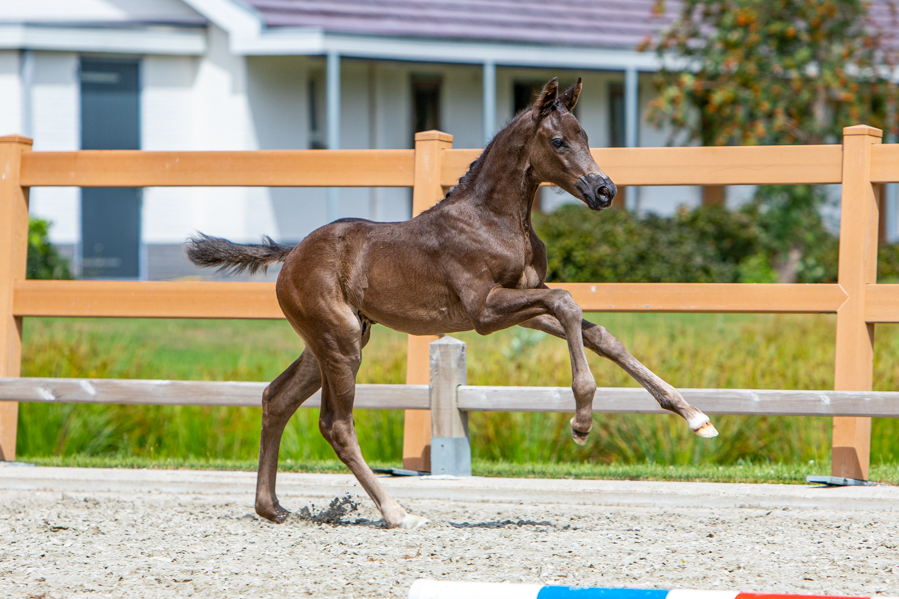 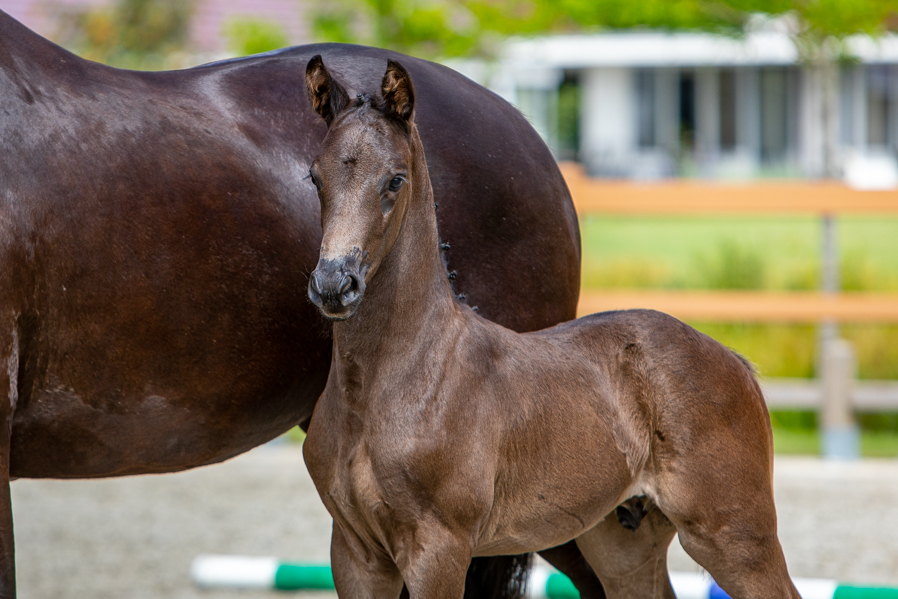 Out of the half-sister of KWPN approved, Inter II stallion Impression

SIRE
Bonjour, the Hannoverian riding horses champion is off to a running start in his dressage career. The alluring premium stallion scored a 9 or higher for nearly every aspect and won the Hanoverian championships at three years of age with Eva Möller. The son of Bon Coeur and staatspremie mare Fenja is a full brother of Bonfire HW, that was also honoured as premium stallion. Granddam Fürst Nymphenburg was successful in the Inter II-classes, which demonstrates how Bonjour combines sport and breeding!

DAM
The damline of Saint George equally exudes sport and breeding. Jazz-daughter Ficara bears the predicates elite, IBOP-dres, D-OC and PROK. She became champion of the regional championships as a three-years-old, became third at the Dutch Championships and scored 85 points at the IBOP, she is a half-sister of the international Inter II and KWPN-approved stallion Impression (s.Blue Hors Don Schufro) of Diederik van Silfhout. The stallion was vice-champion at the Dutch National Championships in both the ZZ-Zwaar class and at Small Tour-level. The appointed New Market (s.Founation) is another half-brother of Ficara. Ficara herself brought the National Championship mare Nicara (s.Feinrich). The pedigree continues with the Grand Prix stallions and top progenitors Ferro and Florestan I. Greatgranddam Sicara (s.Florestan I) proved her abilities in ZZ-Zwaar dressage. Various other ZZ-Zwaar horses have their origins in this damline, as does the Grand Prix horse U-Caro (s.Welt Hit II).