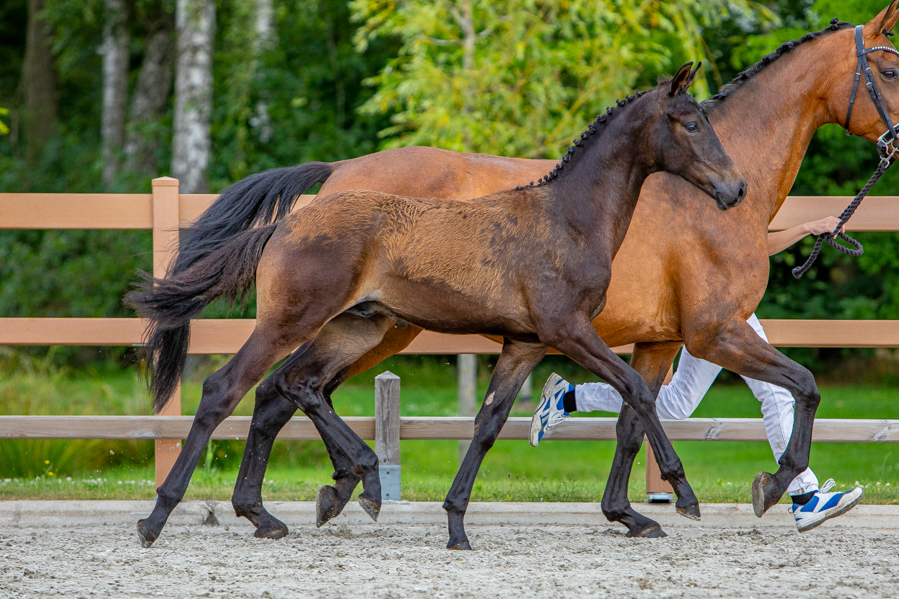 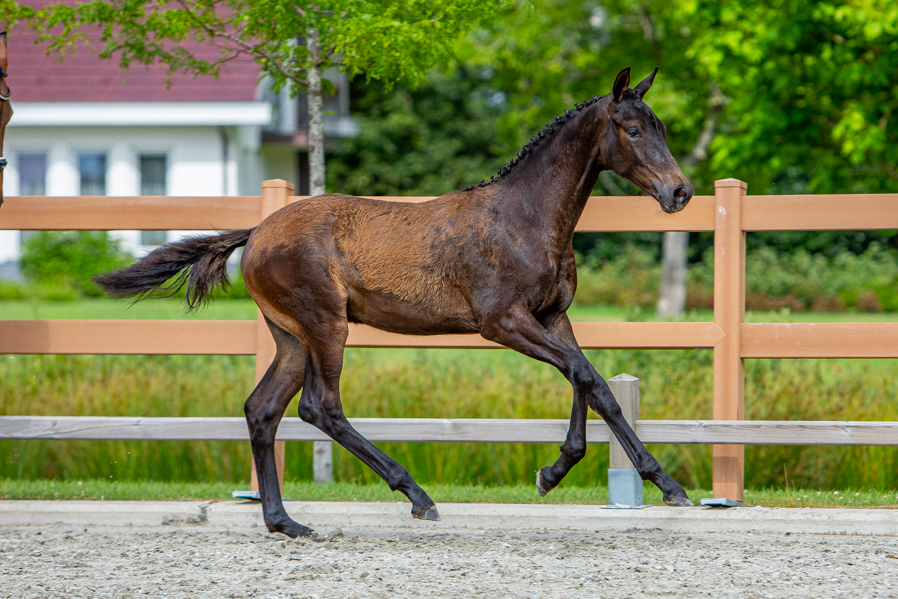 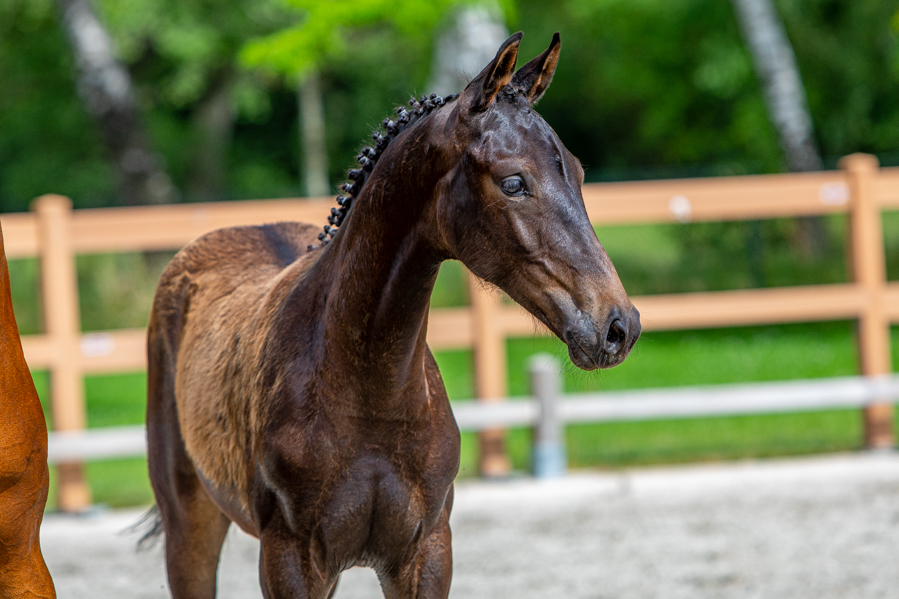 SIRE
Desperado has impressed us all ever since the start of his career. From performance test champion to victories in the Pavo Cup, stallion competition and a silver team medal at the European Championships Dressage of Rotterdam. Ridden by Emmelie Scholtens, this black pearl shows to belong amongst the top of dressage and his progeny also lives up to the expectations. His sons Ibiza and James Bond were approved at the KWPN and declared performance test champions. Desperado’s full brother Chinook also competes in the Grand Prix ring and his half-brother Waku-Waku is active in the Small Tour. Sire Vivaldi is by now deemed to be one of the world’s best sires.

DAM
Spirit D is bred out of the Johnson-mare Chinchilla SMH. The Olympic top progenitor Johnson TN holds the number 2 position of the WBFSH Sire Ranking. This placement is retained by his quality offspring that repeatedly draws attention in both the dressage ring and in breeding. Paired to Don Tango B, the elite mare Chinchilla SMH produced Huez SMH, that made his international debut at five years of age. Granddam Menuet bears the predicates elite, preferent and prestatie and descends from the ZZ-Zwaar stallion Zeoliet. This stallion is known for his versatility and received his keur predicate based on the accomplishments of his offspring. The direct damline of Spirit D also yielded the international Grand Prix horses Ihorn (s.Ahorn) and Kashmir (s.G.Ramiro Z) as well as Zecchino (s.Krack C) and Thialf (s.Metall).