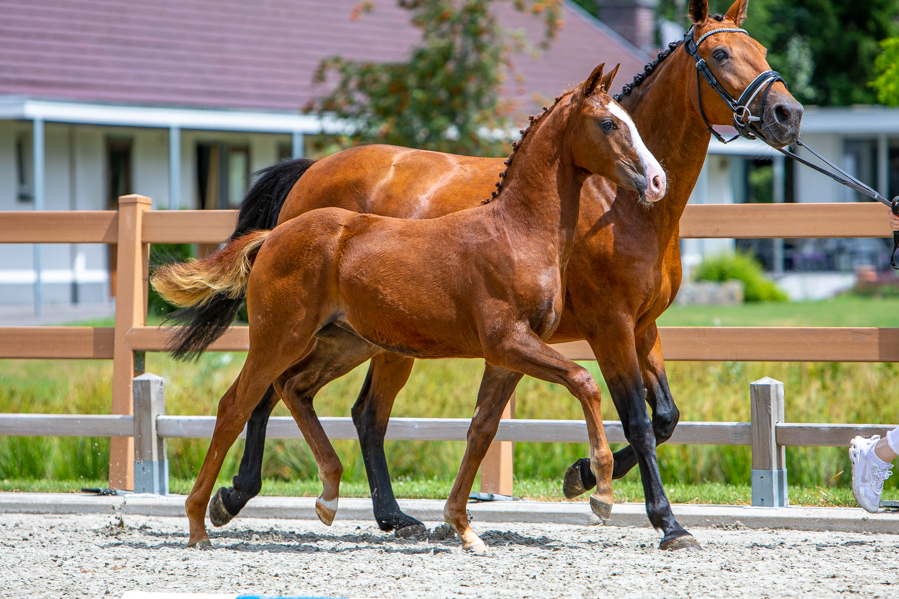 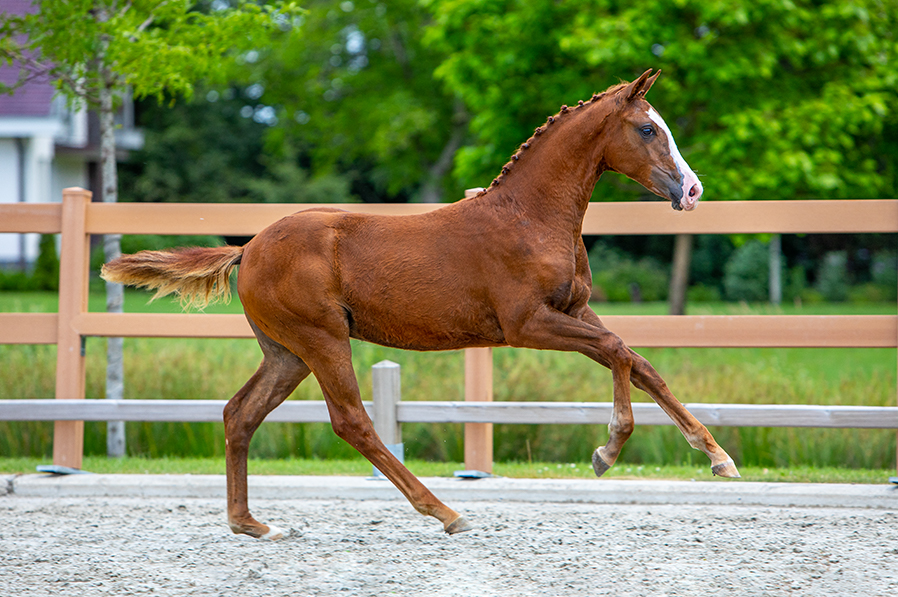 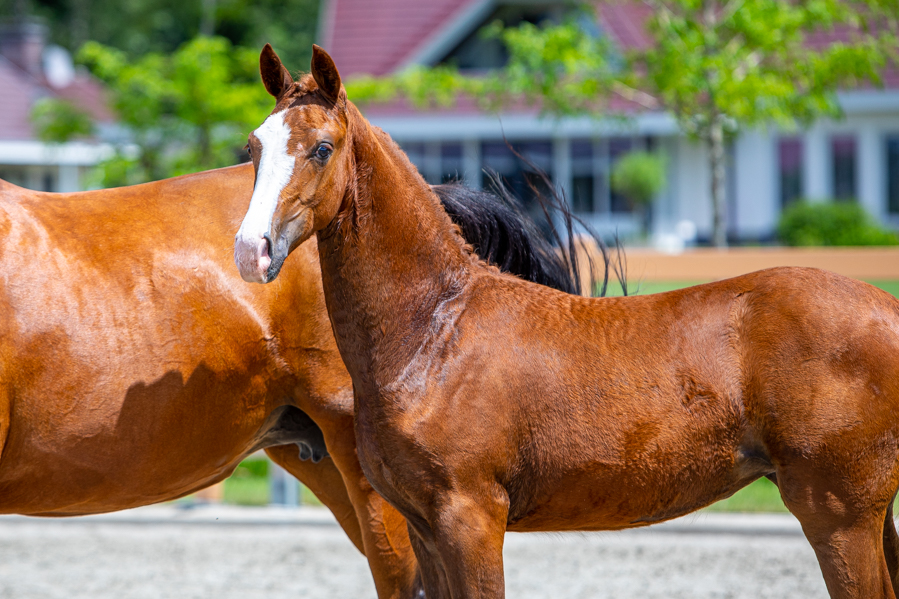 Out of the Small Tour level dam Delana T

SIRE
Dimaggio Black is a stunning son of the prematurely deceased World Champion of the WC Young Horses Dimaggio. His dam previously produced two premium stallions and he became the best scoring five-year-old in the stallion sport test of Münster-Handorf early 2021. He received a 9.5 for his walk and canter, 9 for his trot and 9.5 for his rideability to bring the total to 9.40. His sire Dimaggio ranked fourth at the 1999 Bundeschampionat, was World Champion at five years of age and triumphed up to Intermediair I-level. In breeding he fulfilled the high hopes by siring over 30 Grand Prix horses.

DAM
None other than Prix St. Georges mare Delana T is the dam of Soylana T. She is sired by twofold world champion Florencio. He is still of importance in contemporary dressage sport. He produced a range of great dressage horses and over 40 approved stallions. His offspring also emerge on top at inspections and young horse competitions. Ridden by Mara de Vries, this Florencio I-daughter demonstrated her qualities in the dressage ring. Her full sister Celana T is also active at Prix St. Georges level. Delana T’s first offspring is the Ampère-daughter Hulana T, this elite mare and National Championships mare was announced vice-champion at the National Mare Championships and will be soon showed at Prix St. Georges level under Marlies van Baalen. Already two of Delana T her grandchildren are sold to the United States of America: the Z2 classified Leeghwater T (s.Governor) and the Dutch Championships mare Mulana T (s.Imagine). Through granddam Frulana T, a daughter of Nabuur, Soylana T is closely related to the approved stallions Justin Dunkelbraun (s.Johnson), Csandro JVR (s.Charmeur) and the ZZ-Zwaar dressage horse Castellini (s.Contender). Soylana T is a descendant of the famous (De)Lana lineage.

Foal is a result of ET, the mare on the picture and video isn't the biological dam.