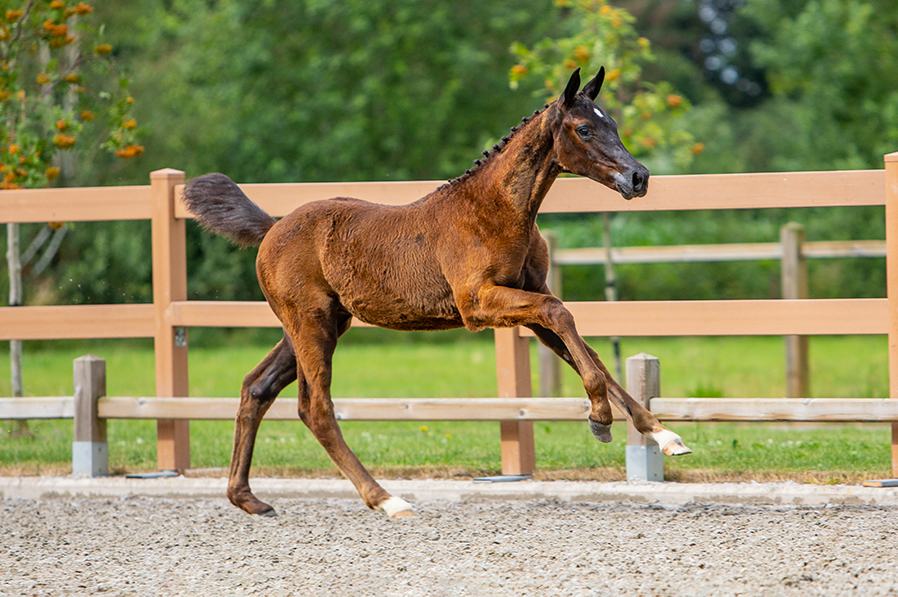 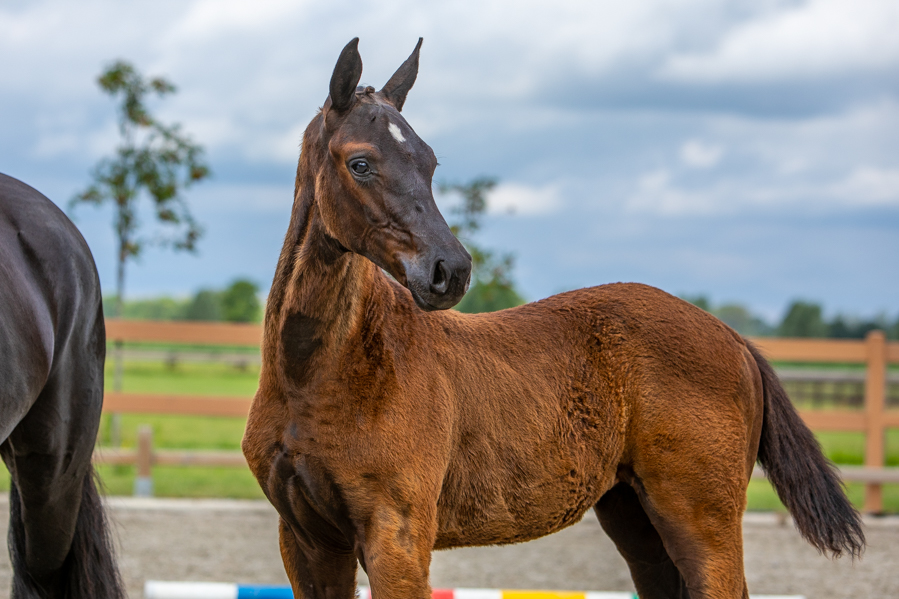 Out of the half-sister of Grand Prix horse Tailormade Temptress

SIRE
Fontaine TN repeatedly draws attention with his offspring and undeniably meets the expectations as a breeding and sport stallion. Fontaine TN has been approved in both Westfalen and Oldenburg. His sire Finest was declared premium stallion and stood out in the young horse competitions. This Fürstenball-son is also well on his way as a sire, demonstrated by the many successes of his offspring at inspections, auctions and under saddle. Finest turns out to be a champion producer and through the maternal line Fontaine TN received even more valuable genes. Both his dam Sky and granddam Gilette received the honorary Staatspremie title and Sky is a half-sister of the international Small Tour dressage horse Raptor 3 (s.Rubin Royal) of Karen Böckmann.

DAM
The treasured blood of Fürstenball is embedded on both the paternal and maternal side of Suze L.E. Dam Faya L.E. is a direct daughter of this dressage horse producer that brought over 90 approved stallions. In Grand Prix dressage numerous Fürstenball-offspring prospered, including Tørveslettens Fifty-Fifty, Friesen Ball, Filigrano Marone, Four Seasons FRH, First Class and not to mention Heiline’s Danciera, that dazzled at the Olympic Games of Tokyo and more recent in Aachen. The pedigree continues with the blood of Blue Hors Don Schufro and Romancier. The Grand Prix-horse Tailormade Temptress (s.Tailormade Temptation) is a half-sister of Faya L.E. and her dam is a half-sister of the Grand Prix horse Cartier (s.Blue Hors Cavan). The Grand Prix horse Dorina (s.Blue Hors Don Schufro) also directly descends from this damline in which sport performance is deeply ingrained.

Embedding the blood of Fürstenball on paternal and maternal side and a damline known for its sport performance makes Suze L.E. a grand dressage prospect.