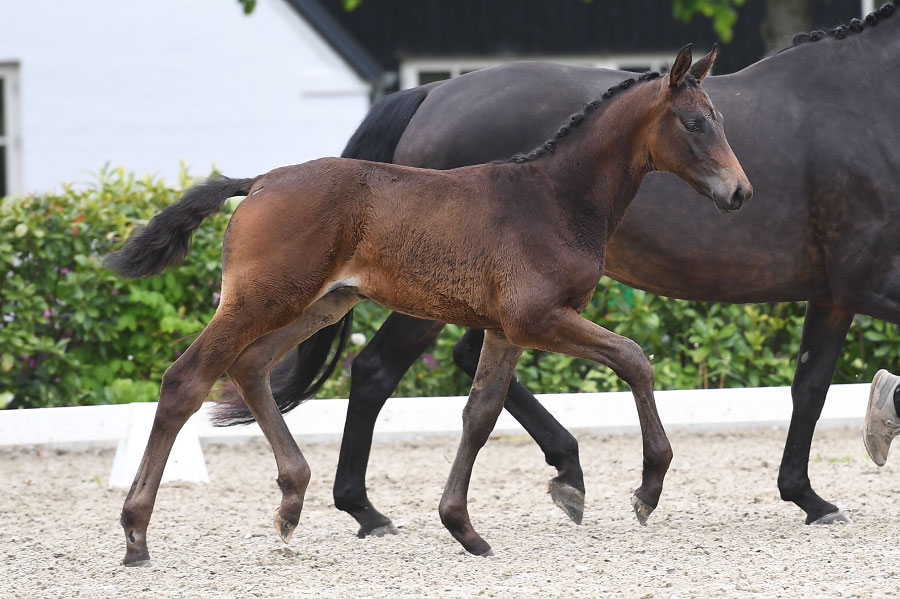 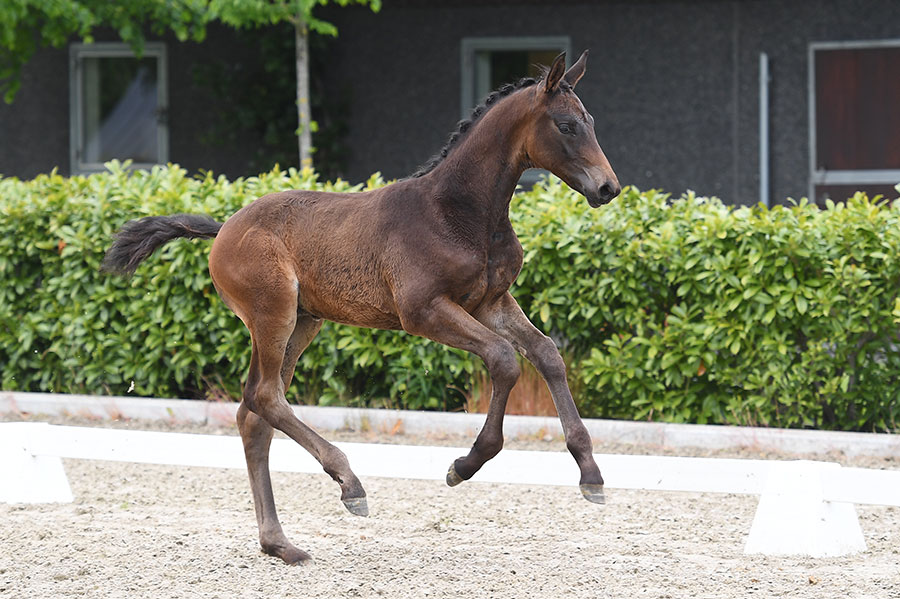 His dam is the half-sister to the Olympic Heiline's Danciera

SIRE
The Trakhener stallion Millenium gained popularity as a breeding stallion and by now he has produced a number of highly successful horses. He is the sire of Grand Prix stallion Morricone, the Trakhener champion Impact and Sir Sansibar, His Moment, Helium, Marc Cain and the much-discussed stallion Maracaná. The records show him as the sire of over 100 approved stallions and his influence only seems to increase. The son of Easy Game was active at Grand Prix level himself with Simone Pearce and he is approved at multiple studbooks.

DAM
The heart of many dressage enthusiasts beats faster at the sight of Romanov and De Niro in the pedigree. GLOCK’s Romanov earned his spurs at the highest level together with Hans Peter Minderhoud and is the full brother of Rubin Royal. This Grand Prix stallion is approved at multiple studbooks and is one of the last stallions to keep the R-line of Rubinstein I alive. These influential genes are crossed with the mare Heiline’s Dancenea, the half-sister of the Grand Prix horse Heiline’s Danciera (s.Fürstenball) of the Danish rider Carina Cassøe Krüth. This mare placed seventh in the freestyle to music during the Olympic Games of Tokyo, fourth at the World Cup final of Leipzig and once again commanded intrigue at CHIO Aachen. Granddam and staatspremie mare Danceline TS descends from the Grand Prix horse producer De Niro and is the full sister of the approved stallion Dancier. This 2004 Hannover champion stallion was successful in Prix St. Georges sport. This all makes for a sublime pedigree. An exceptional chance to acquire a sublime foal.

Out of the half-sister of the Olympic Danciera, the granddam is the full sister of the stallion Dancier and all that combined to the esteemed Trakhener-blood of Millennium!