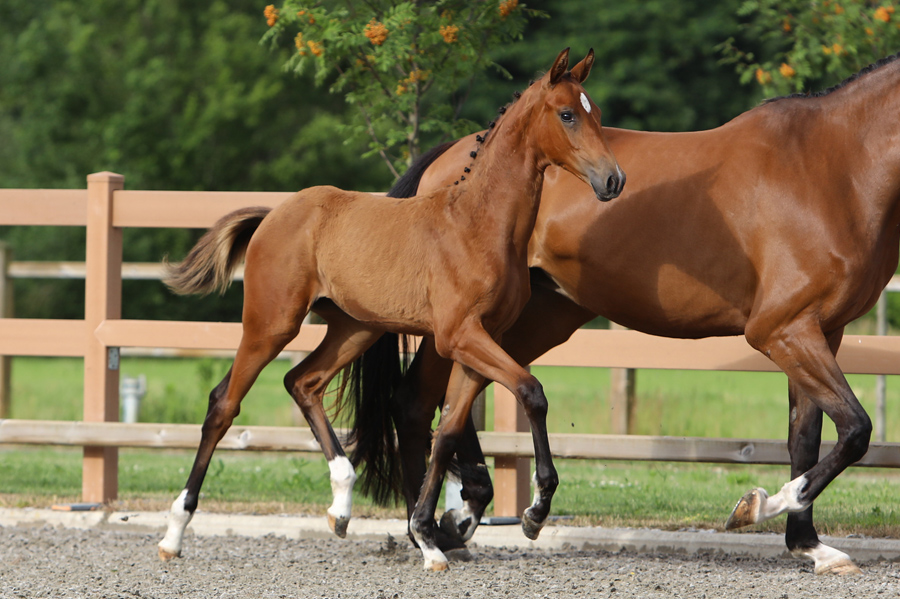 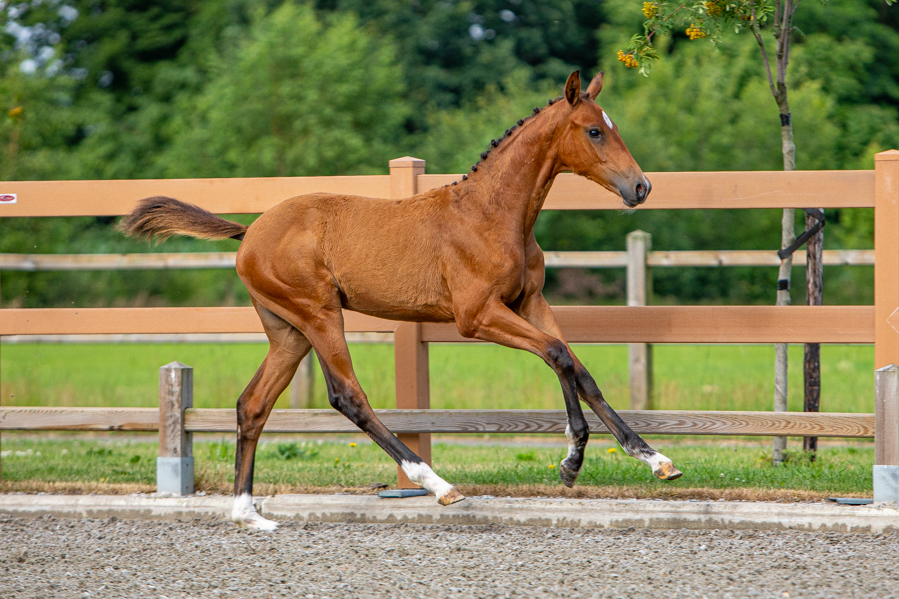 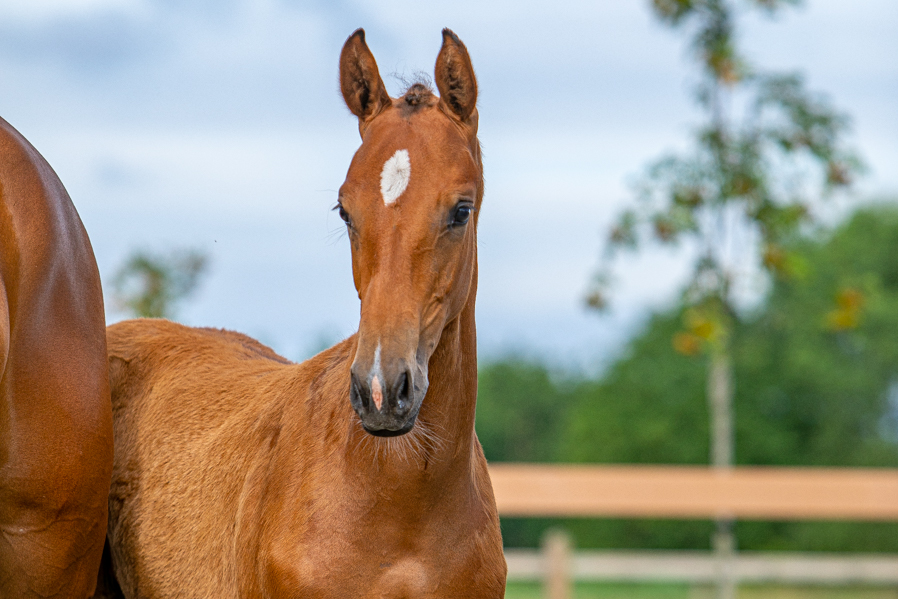 Impressive My Blue Hors Santiano combined with Sir Donnerhall I

SIRE
He offers novel blood, a strong damline and shares his dam with GLOCK’s Zonik! Blue Hors Santiano, the son of world champion Sezuan, drew attention last winter in the stallion competition and Subli Cup with Renate van Uytert-Van Vliet. In 2020, Sezuan was elected Stalion of the Year in Denmark, after winning the World Breeding Dressage Championships for Young Horses three years in a row. Romanik, the dam of Blue Hors Santiano, is a daughter of Blue Hors Romanov (s.Rohdiamant), that over the years gathered a long list of achievements with Hans Peter Minderhoud.

DAM
Sir Donnerhall I is one of the best dressage progenitors in the world and is only three positions beneath his leading sire Sandro Hit on the WBFSH ranking. Numerous of his offspring were successful in the Grand Prix. He sires the four-years-old elite mare Special Donna Ter Ille, the dam of this alluring foal. Her full brother is the striking second round viewing stallion Quinto ter Ille. Granddam Barina-Peternella is a daughter of Tuschinski. This stallion was active in the Small Tour himself and produced various Grand Prix horses such as Eastend’s Allstar, Binoeska, Cupido, Tailormade Temptation and Anne. The damline has yielded various ZZ-Licht horses, the Grand Prix horse Ruben (s.Gribaldi) and the 1.60m jumper Olando (s.Ircolando).

Interesting damline that features the blood of Sir Donnerhall I and Tuschinski combined with My Blue Hors Santiano, the half-brother of GLOCK’s Zonik.