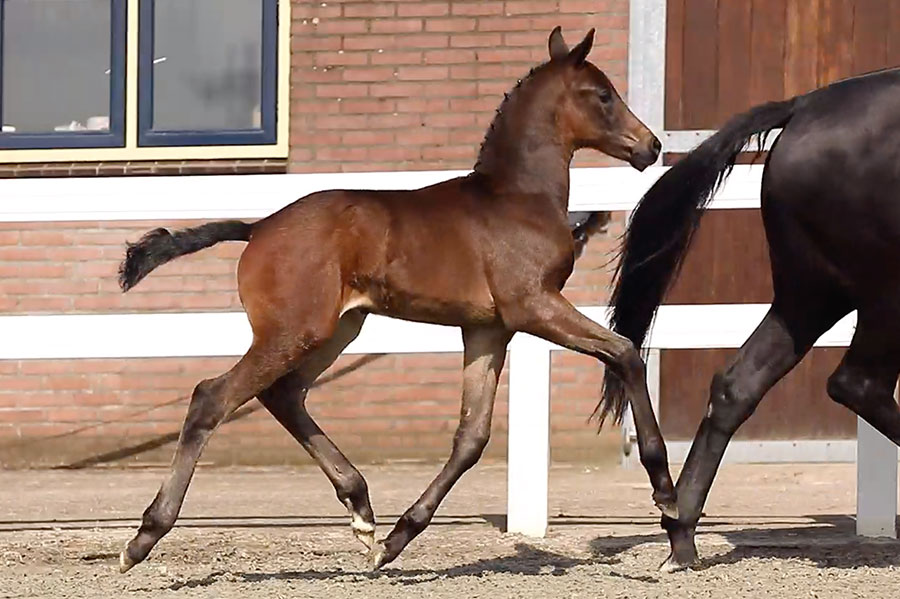 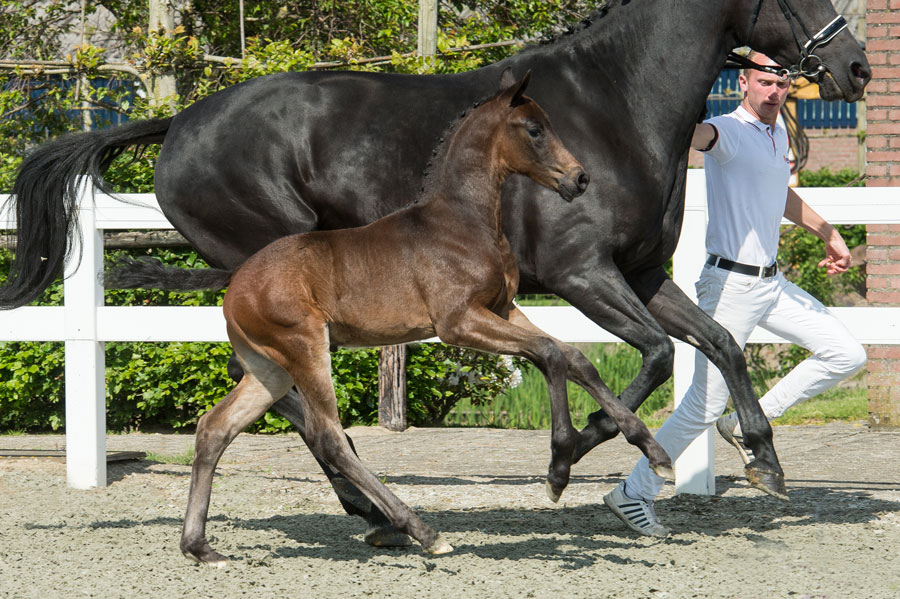 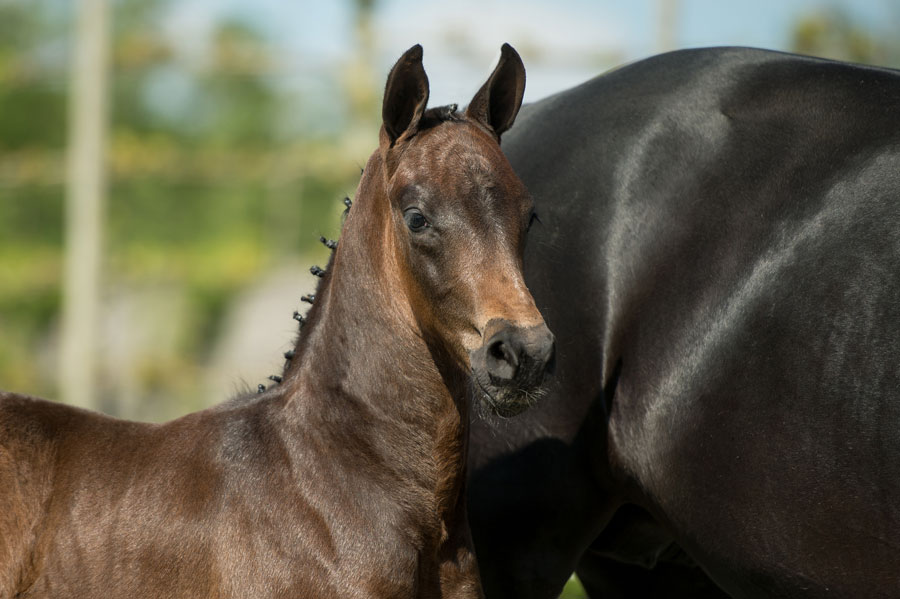 For Romance I X Negro

SIRE
He proved his worth in the Grand Prix, is the Siegerhengst of Vechta 2011 and now lets his voice be heard in breeding. Naturally, we are talking about For Romance. Before his tenth birthday, the records listed more than 30 approved sons and over 80 premium mares by For Romance. In addition, many of his offspring are spotted winning at competitions and he is delivering auction top sellers one after the other. Featuring sires as Fürst Romancier, Sir Donnerhall I and Don Schufro, his pedigree can easily be called extraordinary, and it is no surprise that this stunning stallion is leaving his mark.

DAM
Kamante D, the black elite mare that was invited to compete with the best dressage mares in the Netherlands at the National Mare Championships as a three-year-old, stands at the basis of Romance D. This daughter of Negro is a half-sister of the Grand Prix-horse Ferrero D (s.Tuschinski), the Small Tour-horse President’s Cubald (s.Tuschinski) and Gamante D (s.Contango). The latter was crowned champion as a three-year-old at the National Mare Championships, scored 86 points for her IBOP that year and is currently active in the Inter II. Granddam Urmante (s.Jazz) is no other than the half-sister of the dam of the legendary Grand Prix-stallion and top progenitor Jazz, that was born in the stables of Huub van Helvoirt. This damline produced numerous top horses and the influence of Jazz is still of great value in modern breeding. Adding it all up, it becomes crystal clear that Romance D is a great prospect for the future.

A top prospect for the future out of a damline with national championships mares and Grand Prix-horses.