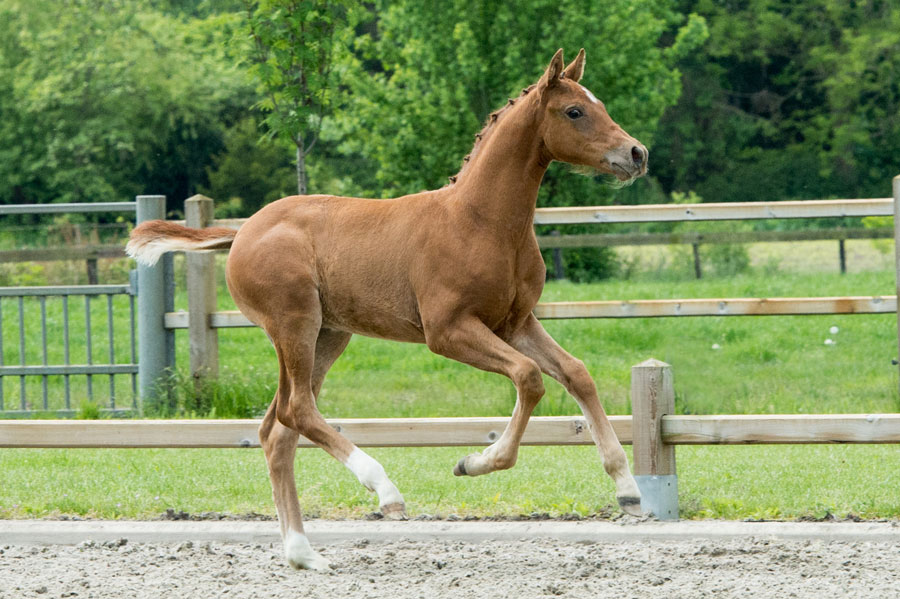 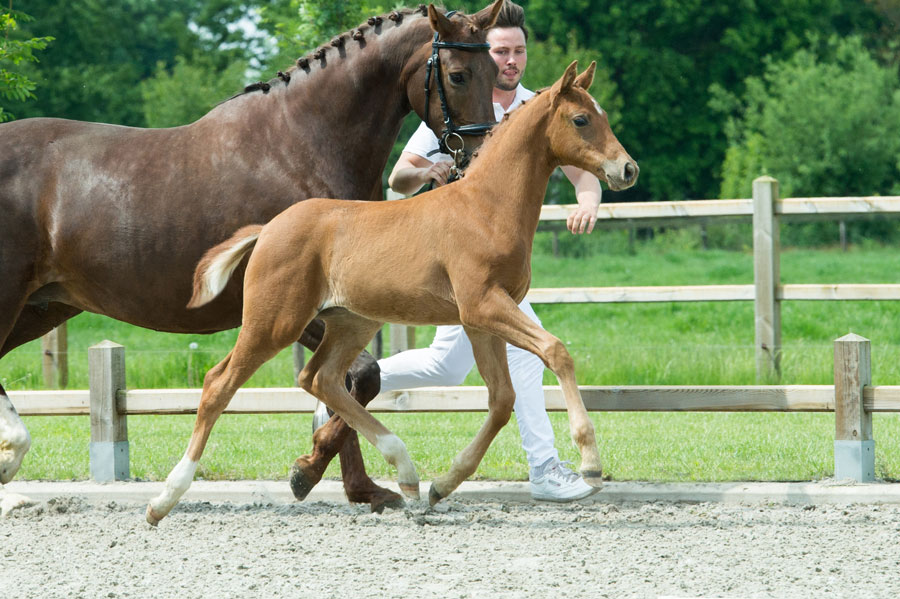 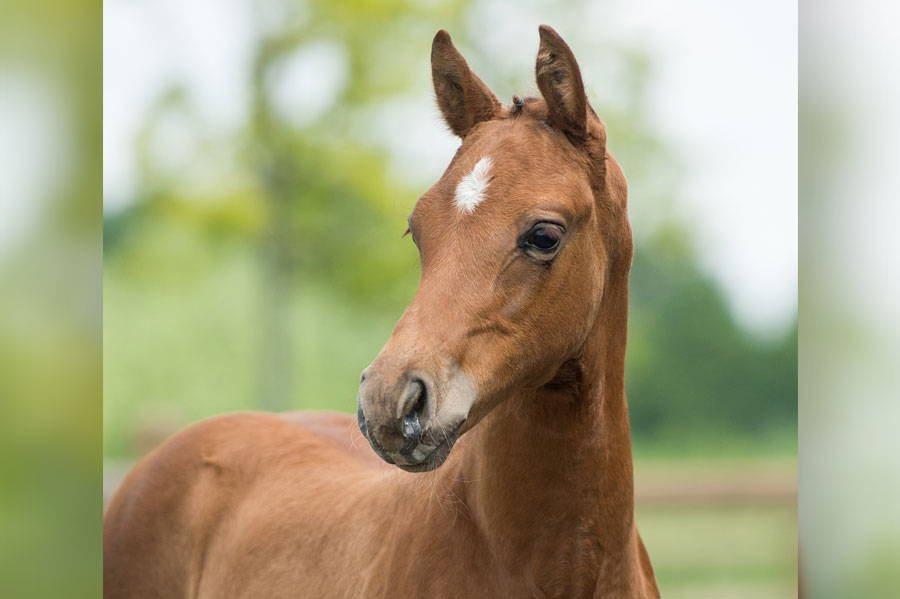 SIRE
The top progenitor and Grand Prix-stallion Escolar has been leading the German dressage breeding value rankings for years. A confirmation that he not only possesses tremendous quality himself, but also passes it on to his offspring. Two well-known offspring are Eternity and Espe, both are ridden by the Danish Cathrine Dufour. Last year, no less than 16 of his offspring qualified for the German Bundeschampionat.

DAM
Fran S, the dam of this foal, is of exquisite descent. She is a daughter of Jazz and Ferna (s.Donnerhall), no other than the full sister of Olympic bronze medalist Don Schufro! Ridden by Andreas Helgstrand, he excelled at the highest level for years and today still, he is of great value in dressage breeding. One of his most famous offspring is Weihegold, the top horse of Isabel Werth. Granddam Ferna produced Grand Prix-horses Finnlanderin (s.Fidertanz) of Madeleine Witte-Vrees and Ferrera (s.Sandro Hit), that took part in the World Equestrian Games of Tryon. The approved stallions Sidney (s.Sandro Hit) and Voto Corleone S (s.Vivaldi) are also sons of Ferna, the Bundeschampionesse Festina PS is her granddaughter. The entire pedigree exudes the power of Donnerhall. This damline also brought several Grand Prix-horses and top stallions such as Blue Hors Veneziano, Blue Hors Zatchmo, Don Primero, Sunny-Boy and many others.

This pedigree exudes the power of Donnerhall, combined with the valuable blood of Escolar.