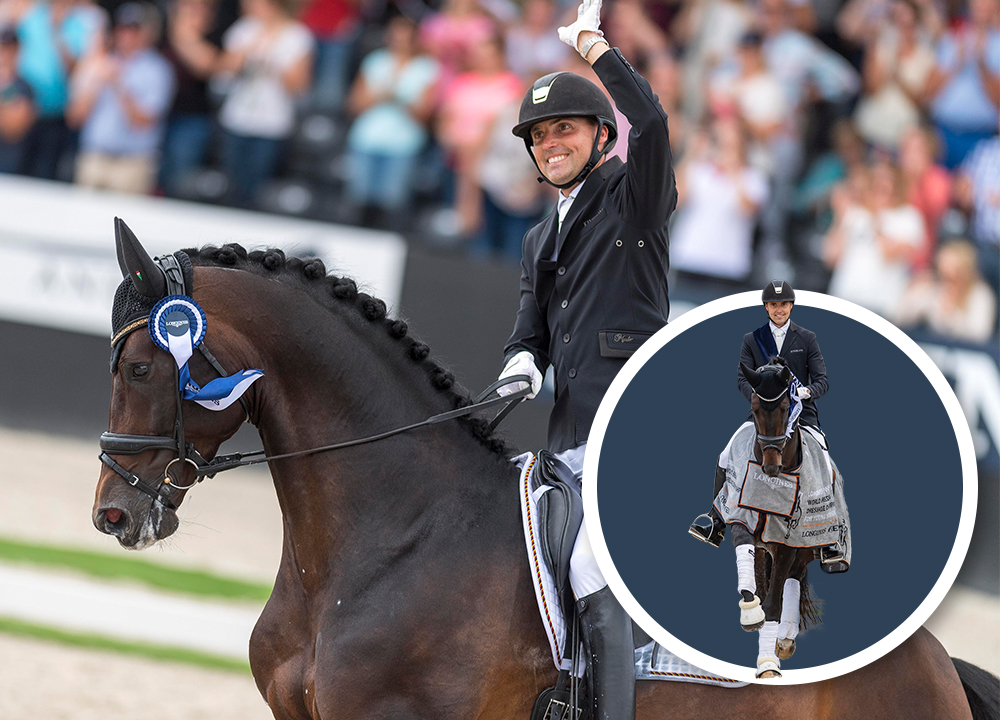 SIRE
Revolution became World Champion in 2018. A year later he won silver at the World Championships Young Dressage Horses in Ermelo with rider and top entrepreneur Andreas Helgstrand. In the meantime the combination is on its way to the Grand Prix for which this Rocky Lee son seems to have all the talent. Revolution's offspring also exceeds all expectations. Premium stallions Rockabye S, Raven and Rom are on the list of his approved sons.

DAM
The dam of this embryo, named Zinith, is also the dam of another World Champion of Helgstrand: Jovian! This horse has been a phenomenon since his first performance under saddle. He conquered the hearts of dressage enthusiasts in 2019 at the World Championships for Young Dressage Horses in Ermelo. In every lap of honour, he shows that he is made for the highest level. The ease and suppleness with which this powerhouse goes through the arena is unprecedented.

She also produced the well tested mares Let's Go and the full sister to Jovian, Idol. World champion Astrix, who was ridden by Emmelie Scholtens, as well as Grand Prix horse Dashy Boy also decend from this dam line.

With this expected foal, you buy the best of modern breeding, focused on topsport!