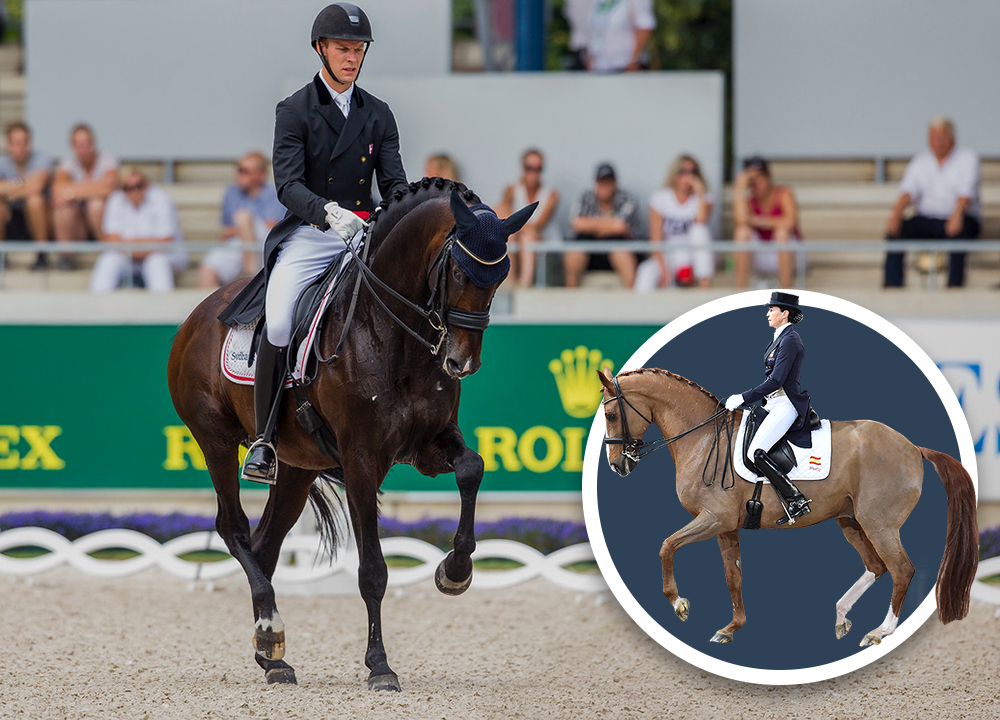 SIRE
Champion stallion Blue Hors Zack plays an important role in modern dressage horse breeding. The Rousseau son himself has a palmares to die for. World Cup winner, a 7th place at the European Championships Dressage 2019 in Rotterdam and many top classifications under the saddle of Daniël Bachmann Andersen. The combination of sport and breeding is what makes this stallion so special. While ontinuing to perform himself he conquered the world with his offspring at the same time.

In the meantime, Bachman’s Blue Hors Zepter and Edward Gal’s Glocks Zonik have reached the top level as well. In addition, we know a number of top talents such as Jameson RS2 with Marieke van der Putten, Straight Horse Ascenzione under Helen Langehanenberg, Blue Hors Zackerey under Severo Jurado Lopez and of course triple World Champion Sezuan who once again confirms the power of Blue Hors Zack with his own offspring.

DAM
What makes the mare Fleur L so special? In addition to her pedigree, with top-sires such as Fürst Heinrich and Weltmeyer, this mare is a half-sister of Olympic horse Delgado by Beatriz Ferrer-Salat. This Spanish top combination performed at the highest level for nine(!) years with 27 Grand Prix victories. But he is also the winners of multiple World Cup qualifiers, he won individual bronze at the European Championships 2015 in Aachen and was tenth at the Olympic Games in Rio de Janeiro. Delgado is one of the most consistently performing horses of the last decade!

Long lasting performance at the highest level combined with a strong legacy is what this expected foal has to offer!

INFO PREGNANT MARE
Kind of mare: Recipient mare
How it works: Goes on loan to buyer or may stay with seller on consultation
Costs pregnant mare: Security deposit €2.000,-
VAT on costs pregnant mare: No
VAT percentage: Not applicable