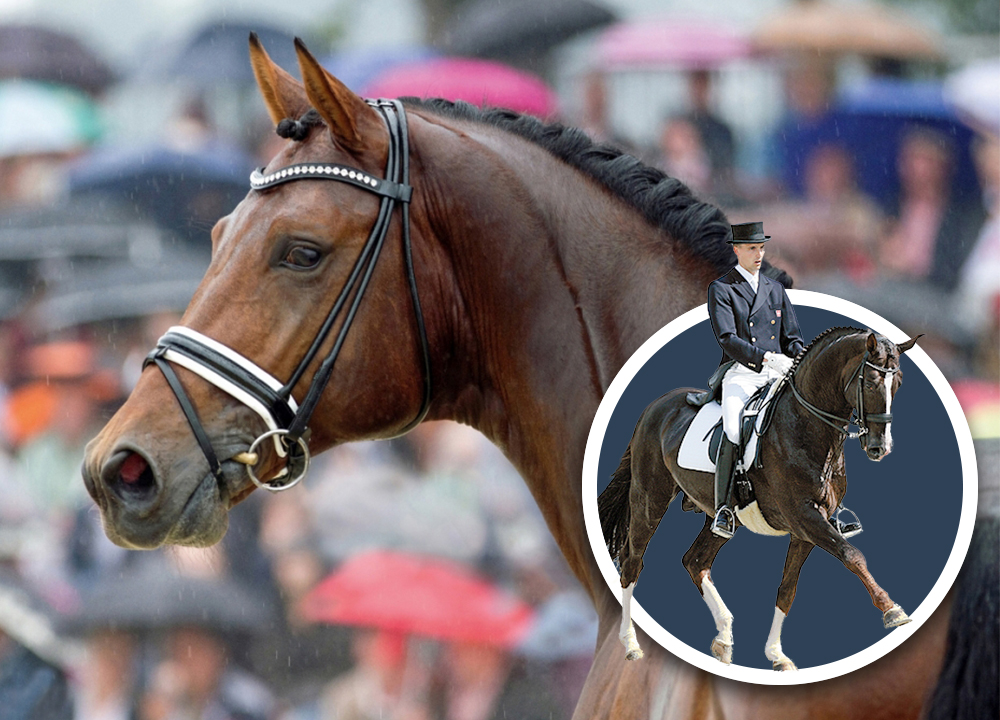 Unborn foal of Escolar out of Don Schufro's damline

SIRE
Top sire and sport horse Escolar is the sire of this unborn foal. The Grand Prix stallion, ridden by Hubertus Schmidt, proves his class in the ring. Also his offspring is of the highest quality. Horses like Eternity and Espe are ridden by the best Danish rider Cathrine Dufour. This indicates that the offspring of the Escobar NRW-son will follow in their sire’s footsteps.

DAM
The dam of this unborn foal certainly appeals to the imagination. She’s a daughter of top sire Jazz and none other than the full sister of Olympic bronze medallist Don Schufro!

Fran S’ sire Jazz is has become an integral part of modern day dressage horse breeding and has been at the top of the various rankings and indexes for years. He is the sire of legends such as Parzival ridden by Adelinde Cornelissen and Johnson ridden by Hans Peter Minderhoud. But also as dam’s sire of the top-producerVivaldi.

As said, grandmother Ferna is the full sister of Don Schufro. Andreas Helgstrand and Don Schufro reached the highest level together. In addition to his own career, his offspring also made their mark in sport and breeding. What about his daughter Weihegold and Isabel Werth? A pair that has proven to be very hard to beat

The power of Donnerhall can be seen in this whole dam line. The mare Ferna brought two Grand Prix horses herself: Ferrera who competed at  the World Equestrian Games in Tryon and Finnländerin who is making her advance in the Netherlands under Madeleine Witte. Approved stallion Vito Corleone S is also a product of Ferna and she is grandmother to German young horse champion Festina PS.