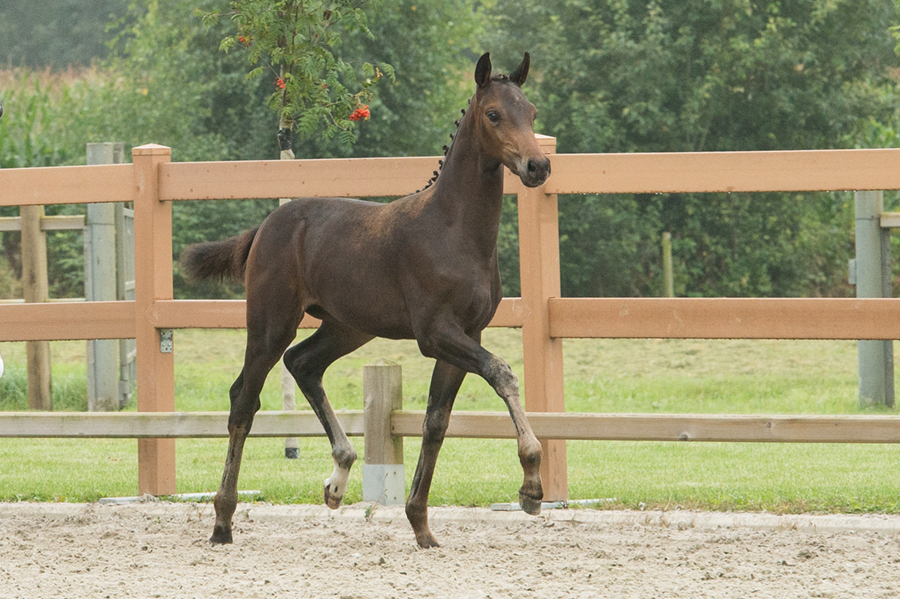 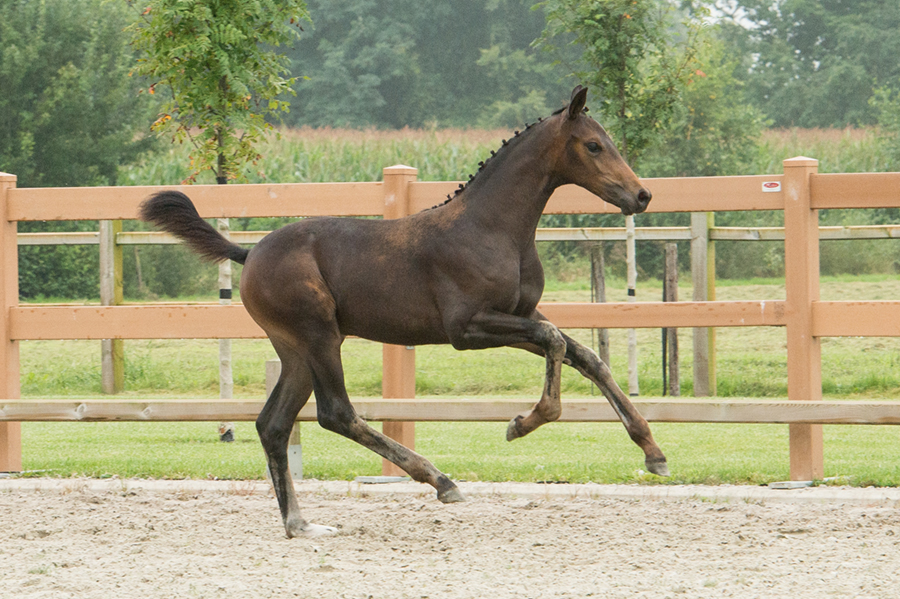 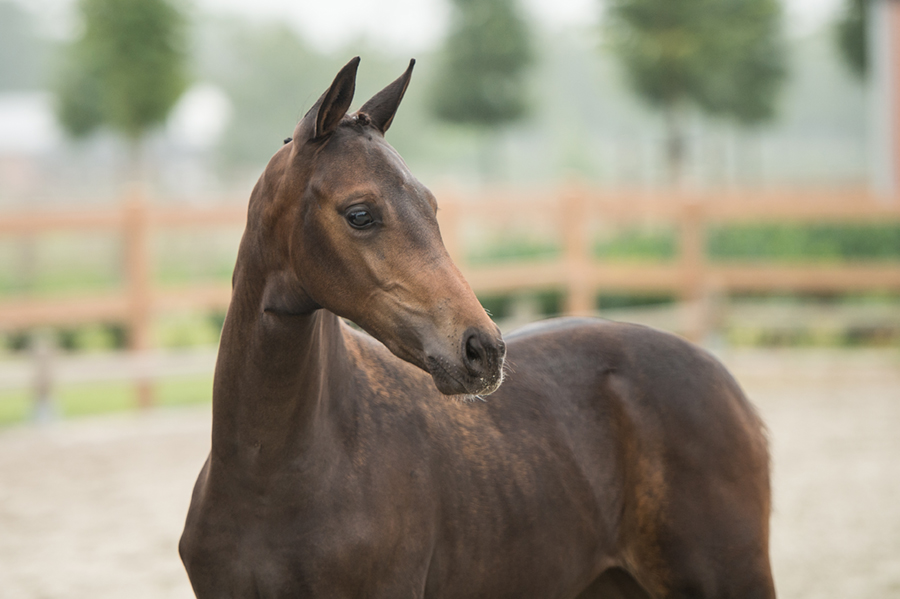 So Perfect offspring out of damline Olympic Cosmo

SIRE
All eyes are on So Perfect! He instantly drew attention with his presence and movement mechanism at the Oldenburg Stallion Show. Under the saddle, he shows his real class with three great gaits and an incredible hind leg. Sire Sezuan was triple world champion and passes on his talent to his offspring. He produced various approved stallions and successful sport horses, including contestants of the World Championships for Young Horses. In this pedigree Sezuan is followed by the much appreciated and established sire Sir Donnerhall. In addition to multiple approved stallions, the damline of So Pefect produced a number of remarkable Big Tour horses.

DAM
The promising blood of So Perfect is crossed with the proven Grand Prix-stallion De Niro, followed by a key pilar in dressage breeding: Negro. De Niro is at the basis of numerous Olympic horses and sired over 60 approved stallions. Among them is Just Wimphof, that was successful with Renate van Uytert-van Vliet at the World Championships for Young Horses. One of his most famous offspring is the Olympic champion Valegro. The young mare Ladana Ritme is a half-sister of the Prix St. Georges-horse Ivy (s.Lord Leatherdale) and the ZZ-Licht-ranked Jeweldale Ritme (s.Lord Leatherdale). Granddam D.Ritme has demonstrated her talents at Z2-level, just like her full sister Viola (s.Negro). The Olympic Cosmo of German rider Sönke Rothenberger also originates from this lineage.