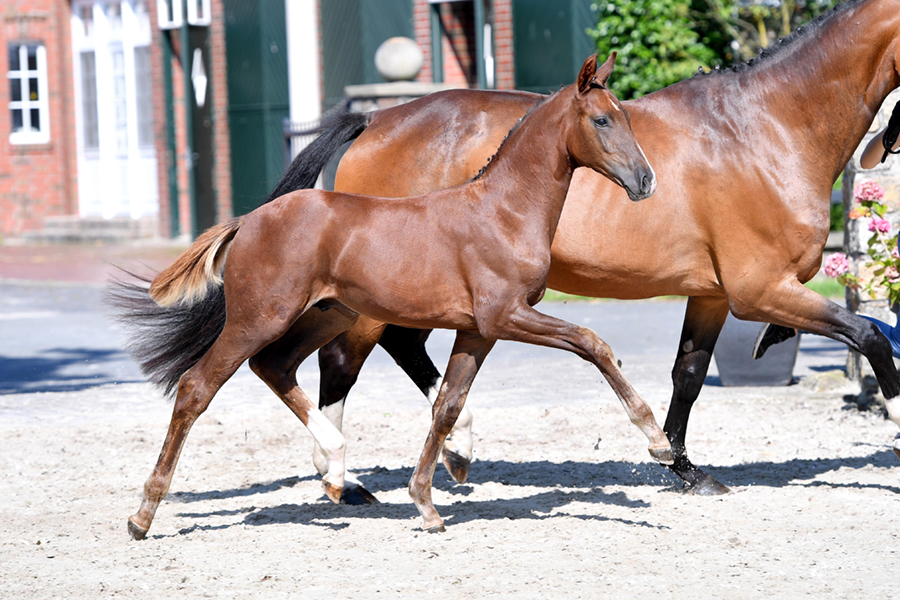 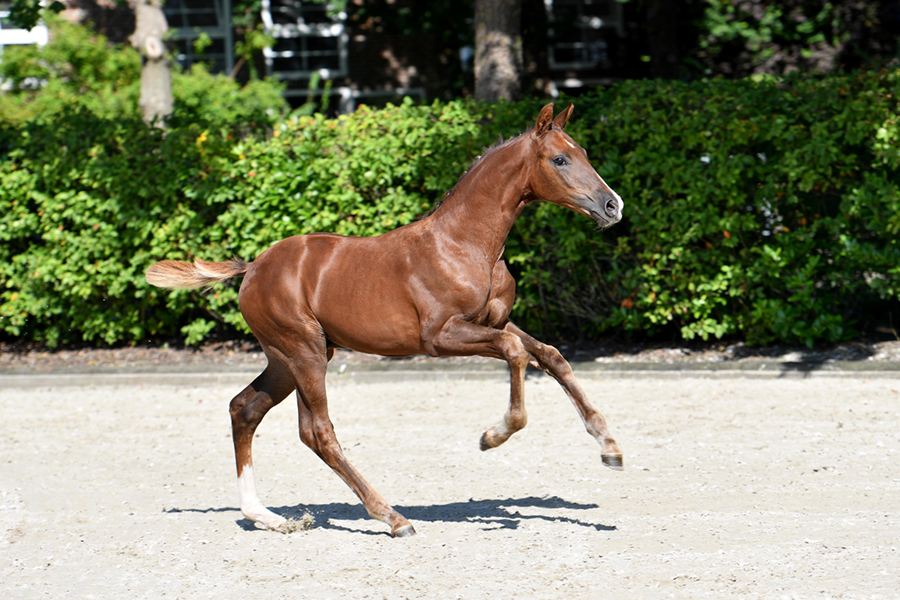 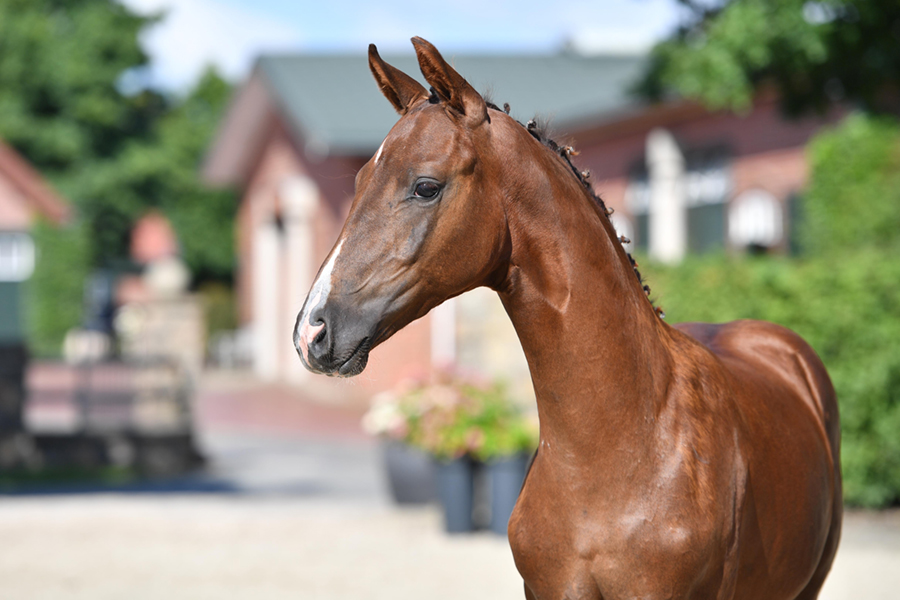 SIRE
Sir Donnerhall, one of the best stallions in the world! His offspring put a string of wins together, making him an influential player in modern dressage breeding. He produced over 100 approved stallions and many Grand Prix horses, some of his most well-known children are: Sai Baba Plus, Semper Fidelis, Sir Heinrich M, Sir Deauville, Sunshine Tour, Syriana and Sir Fashion. Sir Donnerhall I has also proved to leave his mark when present on the maternal side.

DAM
Sir Finn not only has an interesting sire, he is also the half-brother of the approved stallion Fuerst Romanov (s.Blue Hors First Choice) and is directly related to the Olympic Don Schufro via granddam Fiesta’s Girl! Andreas Helgstrand and Don Schufro climbed up to the highest levels together. Besides his own career, his offspring are also drawing attention in sport and breeding. What about his daughter Weihegold of Isabel Werth? Fiesta’s Girl is the full sister of Don Schufro and produced the approved stallion and Grand Prix horse Blue Hors Zatchmo (s.Blue Hors Zack). Besides, Sir Finn his dam, granddam and great granddam are all German Elite mares. A pedigree that leaves nothing to the imagination!