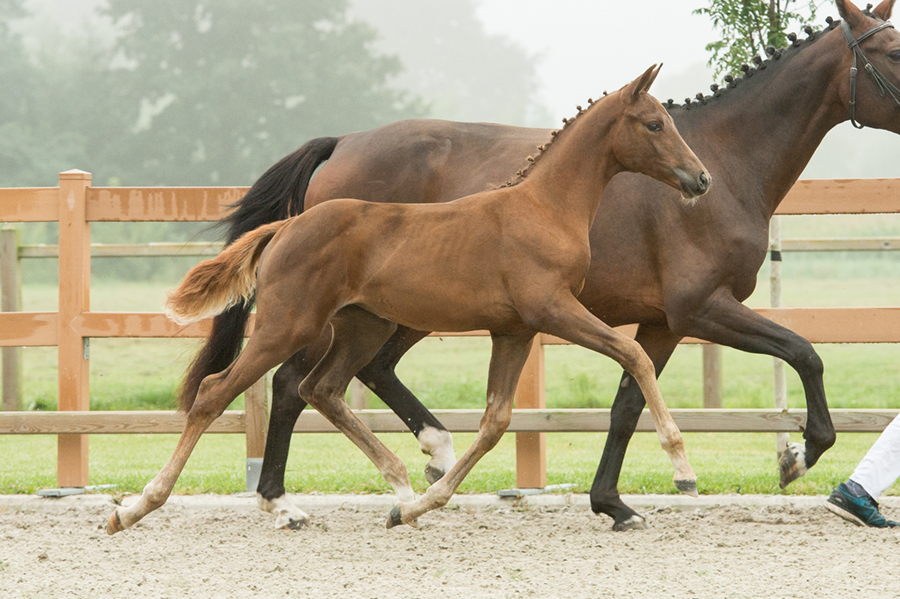 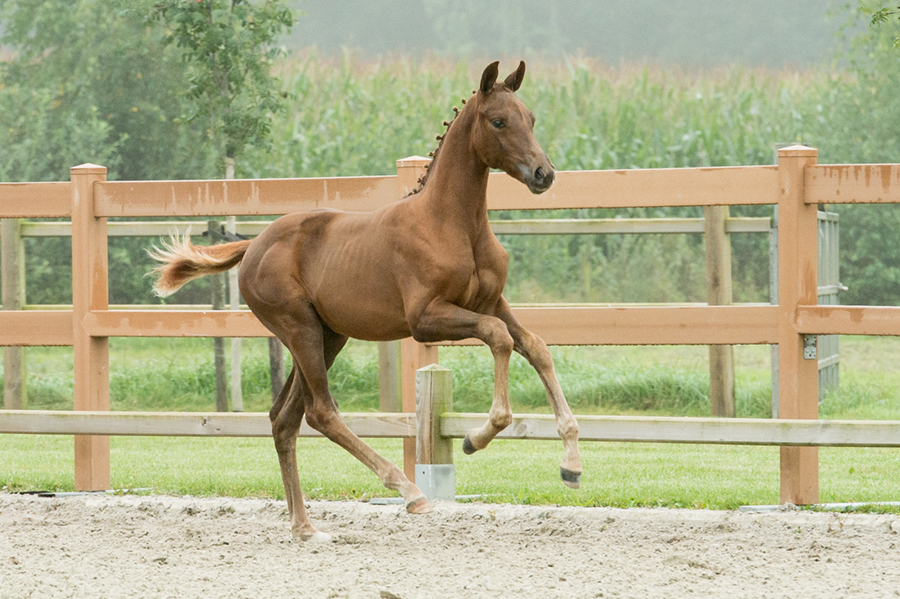 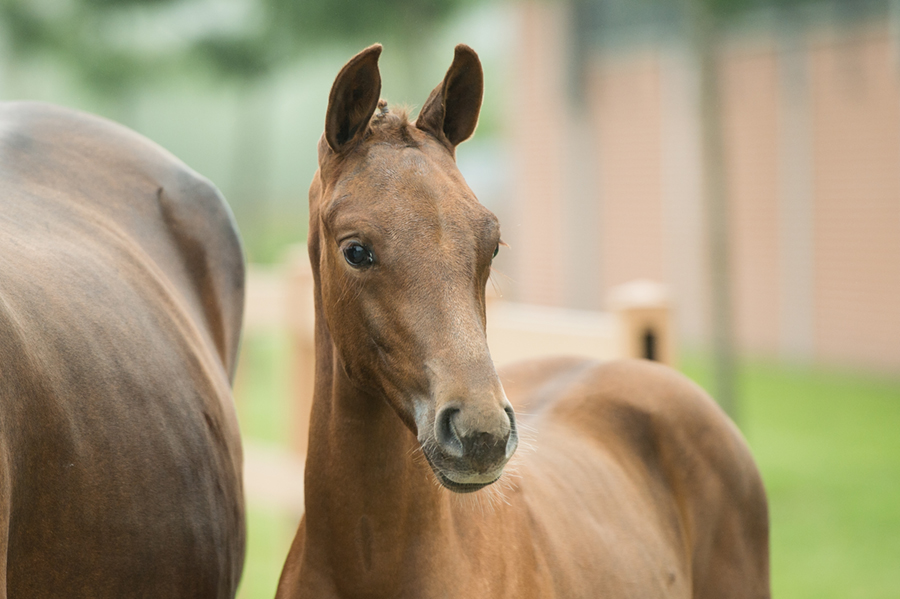 SIRE
Fynch Hatton, one of Germany’s greatest talents for the future! Last year, he won the Bundeschampionate for four-year-olds in a spectacular fashion. A 10 for his sublime canter raises the expectations for his sports career. Fynch Hatton comes out of the first crop of the Westphalian vice-champion, Westfalen-Wappen champion and Bundeschampionat contestant Formel Eins. His dam, the Staatsprämien mare Senorita Meyer also produced the approved Prix St. George stallion Fürst Magic (s.Fürstenball) of Dorothee Schneider, the premium stallion First Choice (s.Fidertanz) and the in 2020 in Westfalen approved Four Roses (s.Fürstenball).

DAM
Dam Daylight de Hus is the full sister of the WCYH-horse Dorian Grey de Hus that placed fifth in the final for five-year-olds with Jessica Michel Botton. The sire of these two horses is Don Juan de Hus, that obtained the sixth place at the World Championships for Young Horses at six years of age himself. In 2017 his son Don Martillo was crowned world champion of the five-year-old class. Daylight de Hus’ dam, the Sandro Hit daughter Poetin Z Cl 1, is the full sister of the at multiple studbooks approved Grand Prix-stallion Samba Hit I. As well the stallions Samba Hit II up to Samba Hit V, that were all active at the higher levels of (inter)national dressage sport. Moreover, she is the clone of Poetin, that was declared world champion at six years of age. The Small Tour horse Prinzessin (s.Lord Sinclair I) i s a half-sister of Poetin Z Cl 1. In addition to several staatsprämien mares in this damline, the granddam Poesie (s.Bretano II) is a half-sister to multiple Small Tour horses.