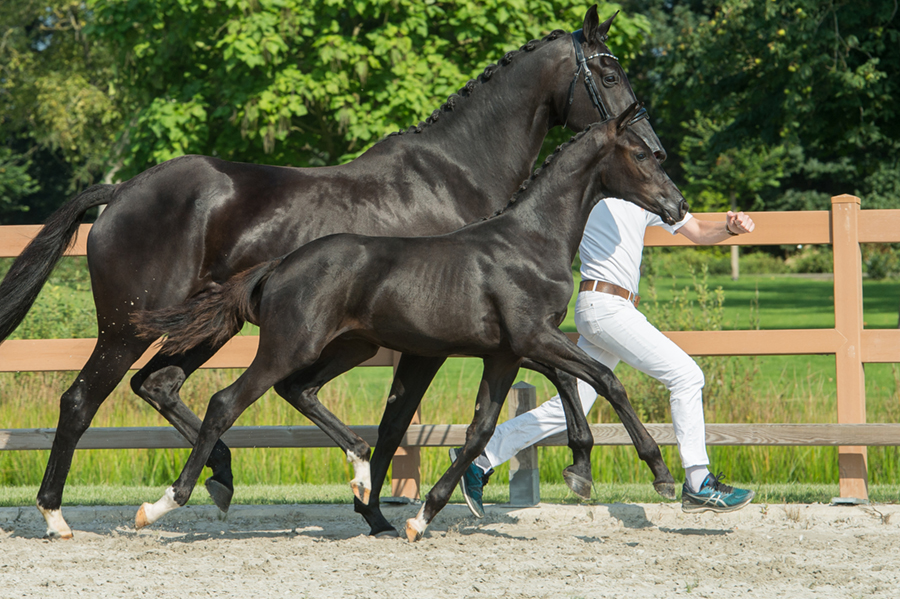 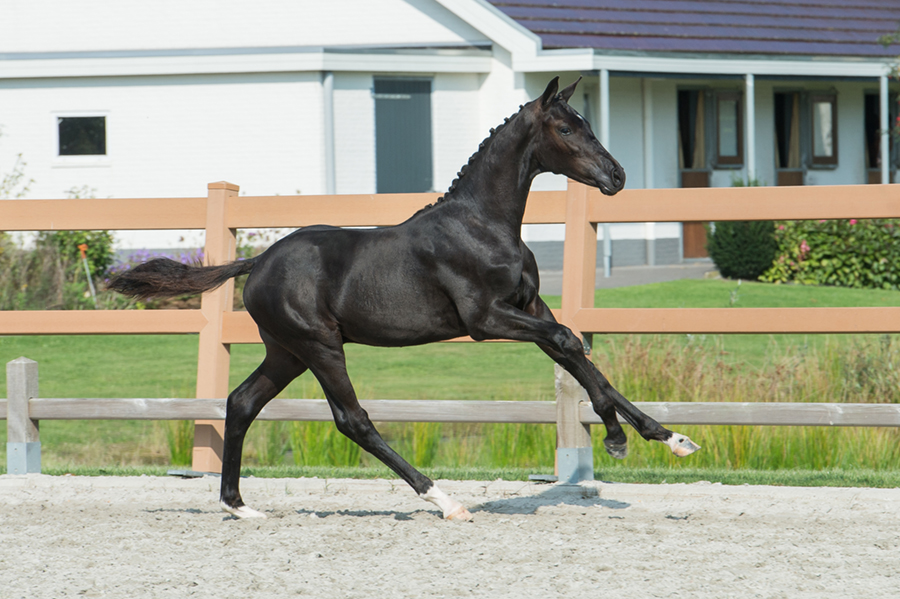 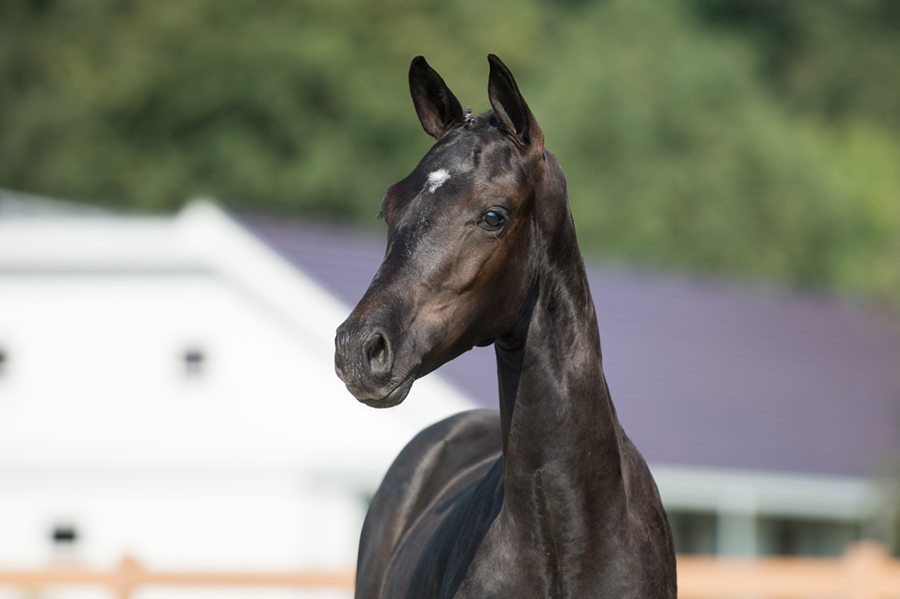 SIRE
Le Formidable lives up to his name in every way. A stunner to see and his first offspring are no different. They all possess elegance, elasticity and quality! This son of Bordeaux is approved at multiple studbooks and was declared champion of the KWPN Stallion Show as a three-year-old. His dam, the Ferro-daughter Vienna, also produced the KWPN-approved stallion Four Legens KS (s.Wynton).

DAM
The colt Renoir’s dam is the elite, Z1-level Blue Hors Zack-daughter Jamaica, as a youngster she took part at the Dutch Championships. This mare is a half-sister the three Small Tour horses Figuero (s.Rhodium), Giorgio Armani (s.Rhodium) and Don Diego (s.Lord Leatherdale), that competed at the World Championships for Young Horses as a youngster with Patrick van der Meer. The blood of Blue Hors Zack is united with the top progenitors Krack C and Jazz, making Renoir a representative of a promising pedigree. Granddam Passionelle (s.Jazz) was ridden up to Inter I-level by the American Grand Prix rider Lisa Wilcox and is the full sister of the international Grand Prix horse Dutchman and the ZZ-Zwaar horse Valentino.